You are here: Home › Write and Remember Releases Note Cards that Express Founding Fathers’ Beliefs about Limited Government
By Send2Press Newswire on August 12, 2009 in Books and Publishing, Press Releases 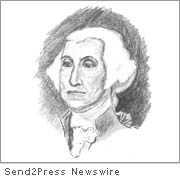 BEDFORD, Va. (SEND2PRESS NEWSWIRE) — Write and Remember (W & R), an innovative company dedicated to educating Americans about historical truths long removed from the public arena, today announced the availability of the first in a series of unique note cards with the following theme – “The Founding Fathers and Limited Government.” W & R will be releasing note cards and other items demonstrating that America’s history is different from what is taught in public schools and universities.

“The Founding Fathers established America on history and principles which demanded that leaders not only think about the immediate benefits and consequences of decisions, but how these rulings would impact future generations,” said company founder Travis Witt. “If we are to retain America’s freedoms, our country’s past must be remembered correctly. We, the people, must communicate to our representatives that excessive spending will destroy the future of this great country and punish future generations with massive debt. The truth about America’s genesis is found in the written words of America’s geniuses. Our Founding Fathers’ declarations about fiscal restraint must be remembered and we, the people, must write and demand that our local, state, and national elected officials stop burdening America’s citizens with overwhelming debt.”

Write and Remember began in the summer of 2006 when Witt was directing the fourth season of a creative arts summer workshop for youth and teens. When August arrived, the production entitled “Didn’t Know That about History” needed seven additional months of writing, rehearsing, designing, and direction before its debut in March 2007 as a full length play. (The play will soon be available for drama groups and schools.) The note card idea came from research, the actors, and Witt’s own experience writing notes to thank and encourage others. “Years after writing notes, I discovered that children, teens, and adults saved my handwritten notes. Some said that my words continue to bless and encourage them. No one has ever made the same statement about an email or phone call,” Witt commented. The U.S. Copyright Office granted Witt a copyright in November, 2008.

Each note card set contains twelve original quotes from one of the Founding Fathers on the inside left of an ivory card. The inside right of the card is blank for writing an opinion to your local state and national leaders, demanding that they balance the budget, stop health care reform, quit spending, etc. “Buy two sets of cards; send one set to twelve friends and with the other set, tell your representatives how you want them to vote on issues important to you and this country,” Witt stated. “These cards are excellent for appreciation, graduation blessings, thankfulness, birthday wishes, sympathy, and any occasion needing personal correspondence while expressing the truths about America’s heritage.”

One note card contains a quote from James Madison in a speech to Congress in 1790: “To say that the United States should be answerable for twenty-five millions of dollars without knowing whether the ways and means can be provided, and without knowing whether those who are to succeed us will think with us on the subject, would be rash and unjustifiable.” Thomas Jefferson stated in a letter written to Edmund Pendleton in 1792 that: “If Congress can do whatever in their discretion can be done by money, and will promote the General Welfare, the Government is no longer a limited one…but an indefinite one….” Consider also Washington’s statement in a letter written in 1799: “To contract new debts is not the way to pay old ones.”

Bedford County, VA Sheriff Michael Brown said this: “I can tell you as a Sheriff, and a retired federal agent, that America is headed in the wrong direction. We can help change America’s direction by sharing the truths found in these ‘Limited Government’ note cards. They describe truths stated by America’s founders and provide an opportunity for personalized messages. They are inexpensive, practical, and elegantly simple.”

Witt concluded, “A personalized note says to the recipient: ‘the sender thinks you are important enough to take time to write.’ People delete emails, hang up or ignore phone calls, and throw out junk mail, but no one throws away a personalized note card without opening and reading it. The message will be read.”

News Source: Write and Remember :: This press release was issued by Send2Press® and is Copyright © 2009 Neotrope® News Network – all rights reserved.