You are here: Home › Millions of People are Looking for Jobs, but Over 4 Million Positions Remain Unfilled
By Send2Press Newswire on September 14, 2009 in Employment, HR and Outsourcing, Press Releases 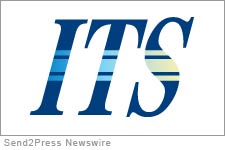 NEW YORK, N.Y. (SEND2PRESS NEWSWIRE) — We are in the worst recession in over 20 years, but employers still have millions of jobs going unfilled. According to a recent article in the Wall Street Journal, outplacement counseling programs are struggling to assist job hunters get the job done. Bob Gerberg Jr, the CEO of ITS, said that this is partially because many people are doing the wrong things and some counselors are still advising job hunters to use methods from the 1990s.

But, traditional job hunting is no longer effective. Why? Gerberg says too many people still start by preparing a historical resume that says, “Here lies John Doe, he went to these schools, he had these jobs and these achievements.” Then they just start answering ads, networking some friends, contacting a few recruiters and posting resumes on the Internet. It is hard to believe, said Gerberg, but that’s all that tens of millions of people still do. In a typical month they generate only one or two interviews. Today, much more is needed.

ITS has just made available a free 25 minute online video that educates job hunters in this regard, and highlights many new innovations that affect job hunters. It is called “a tour of today’s job market” and can be viewed at www.anewcareer.com/markettour .

They’ve also published a new book, “The Professional Job Changing System,” which introduces a complete system for job hunting and which is available in major book stores and at www.worldwidecareerpartners.com .

Because of the recession, the jobs for people seeking more than $100,000 will shrink from 3.8 million jobs filled last year to 3.5 million jobs this year. The market is down, but there are still millions of jobs out there. Professionals with good backgrounds and marketable skills should be connecting. But, they need to approach all the segments of the job market in a much different way.

In their free 25 minute video, ITS reveals all of the major points a job hunter should know about the job market and some major new innovations in this field.

Here’s just part of what the ITS Job Market Tour covers: how the job market really works, the new resume styles that are producing better results, where the jobs are, both published and unpublished, how to find more openings, leads and contacts, and how people can get their resumes placed with top prospects, including growth firms through major employers.

The video also shows how people can uncover up to 97 percent of the right openings that are out here for you them, not the 2 to 3 percent they usually find with old methods.

Recognizing that something new was needed, ITS invested over $30 million to pioneer a faster approach to job hunting for anyone with a marketable background. Most of this went toward development of The Job Market Access Center (JMAC) which enables people to instantly connect with the openings, leads and contacts that are so vital to job hunters.

Why did ITS invest so heavily in a new approach to job hunting?

It may surprise you, but before the current recession, the U.S. Labor Department said it took many professionals from 9 to 12 months to find a suitable new position.

Fortune Magazine, in two cover stories in the last year, documented the difficult journey people face and the strain and worry that can be involved. The Chicago Tribune has also done many articles. One survey said that of people who lost their jobs, only 1 in 20 get back to their previous level of responsibility and income.

Given this environment, Gerberg said that everyone in the employment world knew something better was needed, so they raised venture capital to bring new technology to this field.

The mission of ITS has been to use technology to pioneer new approaches to job hunting. They first tested their ideas with a small number of corporate outplacement clients, including Citigroup, Eaton, Ingersoll, Johnson Controls, Kellogg’s, Novartis, Sun Microsystems and others. After several years, their concept was expanded to the broader market of professionals, managers and executives seeking $50,000 to $500,000 plus.

The free ITS Market Tour Video

To view the 25-minute video tour of today’s job market go to www.anewcareer.com/markettour . The company’s book, “The Professional Job Changing System,” authored by Bob Gerberg, is available in major book stores or direct from the firm at www.worldwidecareerpartners.com .

For additional information: pr@newcareersonline.com or contact Tom Mortenson at 877-298-5021.

News Source: ITS :: This press release was issued by Send2Press® and is Copyright © 2009 Neotrope® News Network – all rights reserved.