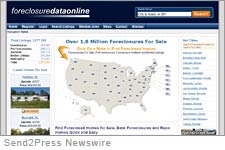 NEW YORK, N.Y. (SEND2PRESS NEWSWIRE) — According to ForeclosureDataOnline.com, many states are still seeing a drop in foreclosure housing prices despite improvements in many parts of the United States. These statistics suggest investors and home buyers might want to hold out just a bit longer when buying foreclosure property in some states.

While these price drops may suggest continued instability in the real estate market, the reality is that market is reaching equilibrium faster than expected thanks to several factors, including government assistance in the form reduced interest rates, incentives for first time home buyers, and more.

The statistics above have not been adjusted for seasonal comparison but because the statistics are comparing the states during the same period this does not detract from the usefulness of the data. Spring, not summer, months are normally when most home purchases are made.