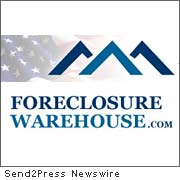 NEW YORK, N.Y. (SEND2PRESS NEWSWIRE) — According to ForeclosureWarehouse.com, the Making Home Affordable Program created by the Obama Administration as a way to help struggling homeowners save their homes from foreclosure has had mixed results. After two years of declining prices and increasing foreclosure rates, the program may have helped reduce the numbers but it has failed large numbers of homeowners who were eligible for the program. Wells Fargo and Bank of America had enrolled only 6 to 4 percent, respectively, of their eligible borrowers.

To illustrate the minimal positive impact the program has had on the real estate market, ForeclosureWarehouse.com released the following statistics on the small increases in foreclosure home prices in key states.

News Source: ForeclosureWarehouse :: This press release was issued by Send2Press® and is Copyright © 2009 Neotrope® News Network – all rights reserved.

Can Pallets Save The Planet?
Property Tax Consultants’ Three-Day Boot Camp Makes Lemonade Out of Lemons