You are here: Home › Health Reform Must Protect Children’s Hospitals and Patient Choice, Nye Pledges
By Send2Press Newswire on October 22, 2009 in Opinion and Commentary, Press Releases 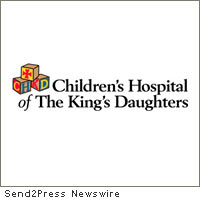 HAMPTON ROADS, Va. (SEND2PRESS NEWSWIRE) — A current draft of healthcare reform legislation in the House of Representatives may inadvertently result in multi-million dollar reductions in federal support for Children’s Hospital of The King’s Daughters and children’s hospitals around the nation, forcing them to cut critical services in a segment of the industry that has already achieved near universal coverage.

Throughout the reform debate in Congress, Congressman Glenn Nye has been fighting to protect the rights of patients to choose their own health care providers and hospitals. Congressman Nye, who represents much of the CHKD service region, is now leading a bipartisan effort in the House to protect funding for children’s hospitals in the final healthcare reform plan to guarantee that its services will still be available to local families.

Working with a bipartisan group of 29 members of Congress, Nye has authored a letter titled “Save Children’s Hospitals” urging House Speaker Nancy Pelosi and Democratic Majority Leader Steny Hoyer to amend policies dealing with Medicaid that could “threaten critical funding for children’s hospitals that provide the highest quality of specialty pediatric care to our nation’s most vulnerable population.”

“CHKD is one of the nation’s largest providers of healthcare to children of active and retired military service members. Any reform plan must guarantee that all our families, including military families across the nation, can continue to access comprehensive health care services from hospitals like CHKD,” said Congressman Nye. “Supporting quality care for children is not a partisan issue, and I will continue working with leaders on both sides of the aisle to stand up for children and families.”

CHKD President and CEO Jim Dahling praised Congressman Nye for taking a leadership role in bringing visibility to concerns that could have a negative impact on most of the nation’s children’s hospitals. “When we look at any reform measure, what’s most important to us is the impact on children in our care,” Dahling said. “This provision on Medicaid disproportionate share payments could be devastating for CHKD and possibly force us to reduce critical services that children need.” CHKD received $19.3 million in DSH payments in 2009 and is scheduled to receive $19.3 in 2010 as well. Even with those payments, the CHKD health system posted an operating margin of just $5 million.

“An elimination or major reduction in DSH payments would push us deep into the red,” Dahling said. “I also want to thank Congressmen Bobby Scott, Rob Wittman and Randy Forbes for their agreement to work with Congressman Nye to address this issue as the healthcare reform process moves forward.”

The letter draws attention to a little-noticed provision dealing with disproportionate share (DSH) payment of extra funds to hospitals that treat an exceptionally high percentage of Medicaid patients. Medicaid covers children, the indigent and the disabled.

Children’s hospitals face a different problem – low Medicaid reimbursement. To help address the fact that Medicaid pays its providers well below the cost of care, DSH payments are a vital source of funding for children’s hospitals.

At CHKD, Medicaid coverage of inpatient days hovers between 50 and 55 percent. That figure rises to 61 percent for children in the neonatal intensive care center and 100 percent in the transitional care unit.

At CHKD and other children’s hospitals, moreover, the vast majority of children who enter the facility without insurance leave with access to coverage, often through Medicaid-related programs. In 2009, just over 1 percent of children treated at CHKD Health System facilities were defined as “self pay,” meaning they have no traditional insurance and fail to qualify for free or subsidized care.

“Because children’s hospitals already have extraordinarily low levels of uninsured patients in comparison to adult-care hospitals, they would not benefit from the expected gain in covering the uninsured,” said the letter from Nye and the bipartisan group of lawmakers. “Children’s hospitals will essentially face DSH cuts without any of the gain or any upside to this policy correction.”

The letter proposes amending the existing reform bills to exempt freestanding children’s hospitals from cuts in DSH payments. “To prevent this unintended consequence, it is critical that we amend the house proposal to exclude freestanding children’s hospitals from Medicaid DSH cuts so they can maintain and improve current services for every sick and injured child who needs the lifesaving care and treatment,” Nye said in the letter.

More information about Children’s Hospital of The King’s Daughters: www.chkd.org .

News Source: Childrens Hospital of The Kings Daughters :: This press release was issued by Send2Press® and is Copyright © 2009 Neotrope® News Network – all rights reserved.