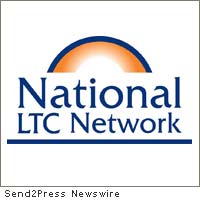 OVERLAND PARK, Kan. (SEND2PRESS NEWSWIRE) — The National LTC Network is celebrating 15 years as a national leader in long term care insurance distribution. The Network (www.NLTCN.com) counts among its 30 member firms some of the most-respected and successful firms in the industry. “The Network is a unique organization, consisting of firms that are competitors, but that have come together to share best practices and address common long-term care insurance industry issues,” commented Terry Truesdell, President and CEO. “Another unique aspect of the Network is that its members represent a number of different LTCi sales focuses and distribution channels, including traditional brokerage, general agents, and highbred sales operations using components of both.”

Larry Feldman, CFK LIFE Plans, Inc., was one of the Network’s founders. “The genesis for The Network came during a dinner conversation in Chicago,” Feldman stated. “There was genuine excitement and enthusiasm, since back in the 1990s there were few dedicated long term care insurance general agents across the country. We were lone wolves, operating in separate dens across the country. By talking shop, we helped pave the way for a new insurance industry.” Feldman authored one of the first books on long term care and care insurance, “When Caring Isn’t Enough” (ISBN-13: 978-1891042119), published in 2000.

Peter Gelbwaks, Network founding member and Chairman of Gelbwaks Insurance Services, Inc., observed: “Who could’ve though you could put competitors together and that they would actually agree to help each other out? This situation continues to this day and has greatly benefited the individual members, the Network as an entity and the LTCI industry overall.”

Founding member Barry Eldridge, President of Individual Commercial Brokerage, Inc., commented on how the LTCi industry and sales have changed since the Network was founded 15 years ago: “Client knowledge of long term care insurance was almost nonexistent, while today they know about the product. In the past, LTCi sales were about protecting assets, and now they are mainly about protecting income.” Commenting on the secret of the group’s longevity, Eldridge continued: “In the Midwest there’s a saying ‘I’d have you over for dinner,’ meaning that I approve of your character. With all Network partners, I can say I’d have them over for dinner.”