You are here: Home › PJ’s Coffee of New Orleans Continues to Expand Locally and with National Franchising in 7 States
By Send2Press Newswire on November 2, 2009 in Press Releases, Retail and Franchise 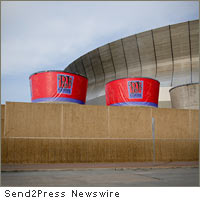 NEW ORLEANS, La. (SEND2PRESS NEWSWIRE) — PJ’s Coffee of New Orleans (www.pjscoffee.com), established 31 years ago and returned to local New Orleans ownership 16 months ago, is announcing significant expansion. Scott, Steve and Paul Ballard along with Thomas Richards, Brett Pearson, and Mark Higdon acquired the corporate operations of PJ’s Coffee in June 2008 from Atlanta-based Raving Brands. At that time, there were 44 corporate and franchised stores. Today there are 63 locations with 12 more scheduled to open over the next 6 months. The new stores are a combination of franchisee-owned and corporate operations.

PJ’s CEO Scott Ballard says the company is focused on more than just the number of coffee shops they can count. “While we continue to expand across the country, we are committed to remaining a New Orleans company,” says Ballard. “When we acquired the business last year, corporate operations consisted of fewer than 10 employees. Today we have a growing corporate staff of 28 focusing on roasting, franchising, quality control, and retail products. Together we are building and expanding the PJ’s Coffee brand,” adds Ballard.

PJ’s Coffee notes that it is now experiencing steady revenue increases following a period of eight to 10 months when revenues were flat. While so many other industries are experiencing difficulties, the coffee business seems to be holding its own. The company has finalized nearly 20 franchise agreements in the past 18 months, another sign that entrepreneurs believe in the PJ’s brand.

“We work closely with potential and new franchisees to determine viability of the business model and involvement of the owner. Then we provide in-depth training on all aspects of running a PJ’s Coffee business from operating the equipment to following our award-winning recipes, to securing and maintaining adequate financial investment and planning,” says Ballard.

Furthering their commitment to building the brand, the owners of PJ’s Coffee have negotiated a two-year partnership with the New Orleans Saints which includes PJ’s designation as “the Preferred Coffee of the New Orleans Saints.” PJ’s also secured the rights to brand two of the Superdome’s outside air handling units to mimic giant coffee cups, complete with steam rising out of them. The New Orleans Saints and PJ’s Coffee are also working on developing a line of co-branded retail coffees that will be released this November to take advantage of the holiday sales season.

In addition to growing its franchise operations, PJ’s Coffee of New Orleans is expanding its retail business. The company is currently finalizing plans for a ready to drink beverage and already offers its own PJ’s branded bottled spring water. “We have increased our retail and food offerings within our stores and we are developing other products which should be available soon,” states Ballard.

PJ’s Coffee offers coffee service to offices, restaurants, hospitals and other industries through its subsidiary, New Orleans Roast. The company has expanded this business segment to more than double what it was a year ago. PJ’s Coffee and New Orleans Roast can provide a number of products to its customers such as coffee service, hotel in-room coffee pods, and iced tea brewing products. The company is working on distribution channels to expand coffee service beyond its current service area.

New Orleans Roast creates private label coffees for customers such as hotels and restaurants that are only available to that client. One recent private label customer is the new Roosevelt Hotel in downtown New Orleans (part of the Waldorf Astoria Collection). PJ’s Coffee Master Roaster, Felton Jones, explains the process. “Initially we bring company representatives to the roasting facility for a tasting,” says Jones. “There we can outline the roasting process and develop a distinct coffee.” Jones says that the secret to maintaining quality is all in the method of roasting its beans in small batches. “That’s the way it was done 31 years ago, and we plan to continue that tradition.”

PJ’s Coffee of New Orleans uses hand-selected, premium Arabica beans which are slow-roasted in small batches at its New Orleans roasting facility. PJ’s Coffee was established in 1978 and began franchising in 1995. Today there are 63 PJ’s locations in seven states.

News Source: PJ’s Coffee of New Orleans :: This press release was issued by Send2Press® and is Copyright © 2009 Neotrope® News Network – all rights reserved.