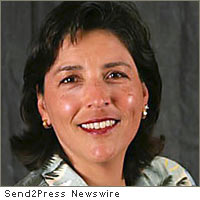 KIRKLAND, Wash. (SEND2PRESS NEWSWIRE) — Like other longer-living Americans, gay males and lesbians (as well as bisexuals and transsexuals) face the prospect of eventual incapacity and the need for long term care. But they have special problems getting that care when needed, according to LTC Financial Partners, LLC (LTCFP – www.ltchotline.com), one of the nation’s largest and most experienced long-term care insurance agencies. Those problems include —

* More limited support network. Since gays and lesbians are less likely to have children than heterosexuals, they have fewer immediate family members available for care giving. Financial help from children, to pay for professional care, is also less available.

* A high proportion of gay and lesbian seniors have only themselves to reply upon. Nearly 80% live without a life partner or significant other, while a majority of married seniors live with a spouse, according to a February 2006 report from the National Gay and Lesbian Task Force.

“The playing field isn’t level,” says Ana Celestino, Business Development Specialist with LTCFP. Rhonda Guilin, an LTCFP Sales Manager and Member of the Board, shares Celestino’s observation and commitment. “Gays and lesbians, as well as bisexuals and transsexuals, need to get LTC education in order to make good choices,” she asserts. She and Celestino point to these LTCFP measures:

One is to highlight the importance of long term care insurance for gays and lesbians who can afford it. “Unless they lack resources and qualify for Medicaid, they should definitively protect themselves with private insurance,” Guilin says, “because, with their more limited family and federal resources, they’re at greater risk.”

Another key LTCFP measure is guiding gays and lesbians to insurance carriers that cater to their needs. “We’ve picked forward-looking underwriters that are gay-and-lesbian-friendly,” says Celestino.” These carriers offer provisions such as —

* Discounts for same-sex partners who have lived together for more than three years.

* The option to share benefit dollars when one partner’s benefit limits have been exceeded.

“We aim to be leading champions of gays and lesbians as well as racial and other minorities,” says Guilin.

More information on LTCFP and access to agents in all states is available at www.ltchotline.com .