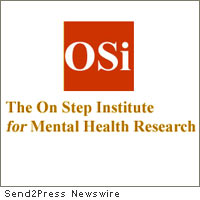 STATEN ISLAND, N.Y. (SEND2PRESS NEWSWIRE) — Leading scholars concerned about today’s men and boys will convene here April 7, 2010 to plan for a new academic discipline focusing on male studies at the university level. The event sponsored by The On Step Institute will be held at Wagner College and hosted by Professor Miles Groth, Ph.D., Editor, The International Journal of Men’s Health and Thymos: Journal of Boyhood Studies. It will lay out the groundwork for the First International Conference on Male Studies scheduled for October 2010 and the launch of the Male Studies Journal.

According to Edward M. Stephens, M.D. OSI’s chairman, the April session participants drawn from a range of college departments will examine the declining state of the male stemming from cataclysmic changes in the current culture, environment and global economy. It will be co-chaired by Judith Kleinfeld, Ph.D., Professor of Psychology and Director of the Boys Project at the University of Alaska and Lionel Tiger, Ph.D., Rutgers University Charles Darwin Professor of Anthropology. It will encompass a broad range of topics relevant to the study of boys and men in contemporary society ranging from their roles in the family, and workforce, as well as their physical and emotional health, to the growing problem of misandry — the hatred of males, an unacknowledged but underlying socio-cultural, economic, political and legal phenomenon endangering the well-being of both genders.

The April consortium will consider the nature and structure of male studies programs designed for major institutions of higher education. Dr. Stephens said it will draw on OSI’s current experience funding graduate fellowships at New York University’s Steinhardt School of Education, Culture and Human Development. The consortium will seek to generate a cross-disciplinary community of scholars in male studies and establish a series of networks enabling them to become acquainted with each other’s work. Dr. Stephens noted that while a handful .of schools, on occasion, now offer a few courses dealing with males in various departments — literature, history, anthropology, etc. — they do not provide effective insight into the immense problems confronting males in the 21st century. This, he says, requires an integrated approach across the spectrum of many academic disciplines.

Panels for the April gathering will include leading authorities on males and masculinity including Rocco Capraro, Ph.D., Hobart William Smith College Associate Dean and Director, the Program for Men’s Studies; Gar Kellom, Ph.D., Minnesota’s Saint John’s University and editor of Developing Effective Programs and Services for College Men; and Katherine Young, Ph.D. and Paul Nathanson, Ph.D, both of McGill University, co-authors of Spreading Misandry: The Teaching of Contempt for Men in Popular Culture, Legalizing Misandry: From Public Shame to Systemic Discrimination Against Men; Sanctifying Misandry: Goddess Ideology and the Fall of Man; and the forthcoming Transcending Misandry: From Feminist Ideology to Intersexual Dialogue.

For information about participating or registering for the April 7 event, please e-mail: wagnerconference@malestudies.org .

News Source: The On Step Institute For Mental Health :: This press release was issued by Send2Press® and is Copyright © 2009 Neotrope® News Network – all rights reserved.