You are here: Home › Stimulus Spending Won’t Help 49 Percent of US Rural and Urban Households Currently without Broadband, says Insight Research
By Send2Press Newswire on December 10, 2009 in Press Releases, Telecommunications and VoIP 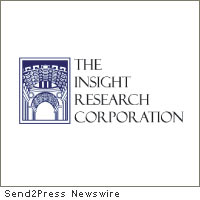 According to Insight Research’s market analysis study, “Rural Versus Urban Telecommunications in the US: Changes in Markets and Technologies, 2009-2014,” projecting the FCC 2008 data to year-end 2009 and taking into account further broadband penetrations it is estimated that 40 million households will still lack broadband access at the close of 2014.

“Certainly the current administration recognizes the direct relationship between extending broadband access to all Americans and the future health of our economy, but the current allocation of funds is just not going to get the job done,” says Robert Rosenberg, President, Insight Research.

“Our analysis found that a substantial portion of the 49 percent without broadband had no computers in their homes. There is a chicken and egg problem here that needs to be considered by our policy makers,” Rosenberg concluded.

An excerpt of this study, “Rural Versus Urban Telecommunications in the US: Changes in Markets and Technologies, 2009-2014,” table of contents, and ordering information are online at http://www.insight-corp.com/reports/rural09.asp .

This 98-page report is available immediately for $3,995 (hard copy). Electronic (PDF) reports can be ordered online.