You are here: Home › Girls Write Now to Celebrate Another Smash Season of Fresh Talent with New Reading Series: Chapters
By Send2Press Newswire on January 28, 2010 in Press Releases 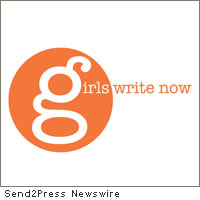 CHAPTERS is co-sponsored by: The Center for Fiction, Eileen Fisher, American Eagle Outfitters, glassybaby and M + E/Michael Fusco Design. This program is supported, in part, by public funds from: The National Endowment for the Arts, The New York State Council on the Arts, and The New York City Department of Cultural Affairs, in partnership with the City Council.

About The Guest Authors:

Dolen Perkins-Valdez’s (www.dolenperkinsvaldez.com) fiction and essays have appeared in StoryQuarterly, Robert Olen Butler Prize Stories 2009, The Kenyon Review, and elsewhere. She splits her time between Washington, D.C. and Seattle. Wench (Amistad, 2010) is her first novel.

Nami Mun (www.namimun.com) is the author of the debut novel, Miles from Nowhere (Riverhead), which was shortlisted for the Orange Award. Named Best New Novelist of 2009 by Chicago magazine, she is a recipient of a Pushcart Prize and a Whiting Award.

Lizzie Skurnick’s (www.lizzieskurnick.com) new book is Shelf Discovery: The Teen Classics We Never Stopped Reading (Avon, 2009). She is columnist for Jezebel.com’s Fine Lines and has written for The New York Times, The Los Angeles Times, NPR, The Washington Post and more.

Ru Freeman’s (www.rufreeman.com) debut novel, A Disobedient Girl (Atria Books, 2009), will also be published in Dutch, Italian, Chinese, Portuguese and Hebrew. She calls both Sri Lanka and America home and writes about the people and countries underneath her skin.

Chimamanda Ngozi Adichie (www.halfofayellowsun.com) is the author of Purple Hibiscus, Half of a Yellow Sun, and The Thing Around Your Neck. She has received numerous awards, including the Orange Broadband Prize for Fiction and a MacArthur Foundation Fellowship.

Girls Write Now (GWN), the first and only East Coast nonprofit to combine mentoring and writing instruction within the context of all-girl programming, has, since 1998, helped nearly 3,000 underserved or at-risk girls from NYC’s public high schools develop into the next generation of writers and readers. In recent years, GWN has been profiled in The New York Times and featured on NBC Nightly News with Brian Williams. In November, the organization received a 2009 Coming Up Taller Award from First Lady Michelle Obama and the President’s Committee on the Arts and the Humanities, distinguishing Girls Write Now as one of the top 15 after-school arts and humanities programs in the nation.

* A portion of the cost of disseminating this news announcement was donated to GWN by Neotrope(R).