You are here: Home › Explore Mars Commends the Obama Administration for Charting New Course for NASA – Calls for Program Details and Specific Timeframes
By Send2Press Newswire on February 26, 2010 in Massachusetts, Press Releases, Science 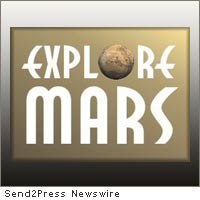 BOSTON, Mass. (SEND2PRESS NEWSWIRE) — The recently announced proposal is a dramatic departure from the Constellation Program, scrapping the Ares I and Ares V launch vehicles, as well as the Orion capsule. Instead, the administration has proposed a program that would increase funding for robotic science missions, private sector development of space hardware for transporting people to and from low Earth orbit, technology development, international cooperation, and many other projects. Explore Mars (www.exploremars.org) is supportive of investment in these programs.

We are particularly pleased to see that the administration’s plan specifically refers to the necessity of a heavy lift launch vehicle. Without such a vehicle, the United States will not be able to mount any significant exploration of the solar system, and will be unable to send humans to Mars.

We believe, however, that the new plan lacks focus as it does not provide any development schedule for proposed new technologies, such as a heavy lift launch vehicle, and does not mention any firm destinations.

“The program needs to be better defined,” said Explore Mars Executive Director, Chris Carberry. “Without a firm destination for human space flight, such as Mars, and without an ambitious timeline, any significant goals will be difficult to achieve.” This is particularly relevant in light of a recent comment by NASA Administrator, Charles Bolden, who stated that Mars should be the ultimate goal of the United States space program.

Explore Mars believes that in order to achieve this stated goal, NASA must establish a plan for the development of a heavy lift vehicle within the next eight years, and commit to landing humans on Mars no later than 2030.

If these bold steps are not taken, the United States will fall behind other nations in space exploration. While Explore Mars enthusiastically supports international cooperation, the United States must remain a leader in these vital national endeavors.

As NASA, Congress, and the Obama administration begin the process of filling in the details of this new space program, we urge them to work together to build a truly ambitious program that inspires the country and transcends national borders.