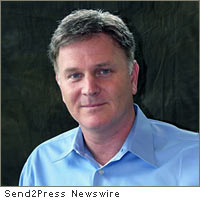 KIRKLAND, Wash. (SEND2PRESS NEWSWIRE) — In an economy that seems stuck on stagnate, business is booming, thank you, for LTC Financial Partners LLC (LTCFP), one of the nation’s most experienced long term care insurance agencies. In fact, 2009’s growth was so strong and the future so promising, the firm seeks to expand its army of agents by 300 this year, an increase of about 60 percent over last year.

Perhaps most significant for LTCFP’s agents, dividend payments — to be made this month — will be $0.20 per share, an increase of 40 percent over last year’s dividend. “All LTCFP Partners get dividends,” says Cameron Truesdell, CEO, “and all of our agents may become Partners based on their performance.” Unique in the industry, LTCFP’s dividend payments constitute an additional revenue stream beyond commissions and renewal income.

For individuals wishing careers in long term care insurance, experience is a plus but not a must. “Our LTC Insurance Training Institute trains good people from scratch,” says Truesdell. “We’re looking for men and women with intelligence, social skills, ambition, and a sincere desire to help others,” he adds. “With those basics, we can get them up to speed and state-certified in short order.” Information is available at http://web.ltcfp.com/ltcfp/careercenter.aspx .

LTCFP has earmarked 2 percent of its profits for development aid in Africa and Haiti, and is a sponsor of the “3 in 4 Need More” campaign, which seeks to inform the public that “at least 70 percent of people over age 65 will require some long-term care services at some point in their lives,” according to the U.S. Department of Health and Human Services (http://www.ltcguild.com).

Privately held, LTCFP is a limited liability company. In 2009 Inc. Magazine ranked LTCFP No. 1,970 among all companies, and No. 16 in the insurance category, in its annual ranking of the 5,000 fastest-growing companies in the nation. LTCFP made the Inc. 5000 list in 2008 as well. Among insurance companies, LTCFP is the fastest-growing one focusing exclusively on long term care insurance sales. The LTCFP home site is at: www.ltcfp.com .