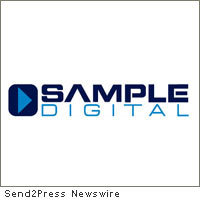 “We’re absolutely stoked with the product acceptance and positive feedback we have received from our existing and new clients,” said Sample Digital CEO Patrick Macdonald-King, “Not only have we expanded the use of our applications across a wider customer base in production, we have also moved further upstream into studios and television networks and have a strong presence in marketing, publicity and home video – areas that have embraced our technologies.”

In a recent survey performed by Sample Digital with its core customer base, 90 percent of respondents said they were either “Very satisfied,” or “Satisfied” with the system. More than 85 percent declared they were saving time using the application and that it was easy to use (over 150 responses).

“The new dax|D3 has really taken Digital Dailies(tm) and production workflow to a new level,” said Bobby Williams, VP of Postproduction at Lionsgate Television, “A lot of hassles I had previously are now taken care of. And it’s greener too. When you’ve got five shows going and a reel or two of dailies coming for each show for each executive, that’s a lot of waste that we don’t see anymore.”

About dax|D3 – A Tool for Creativity:

dax|D3 is a highly secure Web-based environment where content producers and marketers can share ideas, information and content created throughout the production or campaign lifecycle, or as required for trafficking and distribution of final product. dax|D3 incorporates collaboration, workflow, transcoding, distribution, set top box applications and full digital asset management capabilities into one robust, extendible solution.

Sample Digital (www.sampledigital.com) is the market leader in digital production workflow solutions, meeting the entertainment industry’s growing demand for end-to-end electronic management of the production process. Sample Digital’s services minimize inefficiencies throughout the content creation, distribution and approval process. The company’s Web and set-top box applications create a secure online environment where producers, management, distribution and licensing partners can share ideas, information and content created throughout the production, or campaign lifecycle, and as required for trafficking and distribution of final product.

News Source: Sample Digital :: This press release was issued by Send2Press® and is Copyright © 2010 Neotrope® News Network – all rights reserved.