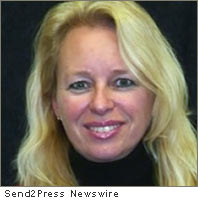 KIRKLAND, Wash. (SEND2PRESS NEWSWIRE) — It can be instructive to consider not just what long term care insurance professionals recommend, but what they do — for their own personal protection. A good example is the case of Kim Galatolo, an agent with LTC Financial Partners LLC (LTCFP) — www.ltcfp.com — one of the nation’s most experienced long term care insurance agencies. In California, where Galatolo lives and works, the firm is known as LTC Partners & Insurance Services, LLC.

Nearly six years ago, at the urging of a friend, Galatolo joined LTCFP as a recruiter. Soon she learned that more money was to be made in sales, so she took the training and became a certified agent. It wouldn’t do, she reasoned, to offer policies to others while she and her husband had none. So her first customers were herself and Michael. The policy she chose had a relatively low monthly premium and covered a defined set of benefits. She wasn’t concerned about the policy type because “we really didn’t need it, we were too young.”

Later a colleague persuaded her to upgrade to a more expensive policy with no limits on what the benefit payments might be used for, and no need to supply claims documentation. The switch made sense to her because, “I imagined myself in the future when I was a doddering, fragile, grey-haired old lady with dementia. Would I really want to work with claims and keep my receipts and figure out where they were? No.” Soon she would be very glad of her decision. In January of this year, she shared her story at an LTCFP conference in Jacksonville, Florida. A video of it is available at www.youtube.com/watch?v=SUs8186Rt4c .

Galatolo and her husband were not only relatively young, their health was excellent. “Michael was slender for his age, he had no previous history of anything, he took no drugs, he was active, he was athletic. Both of us were healthy, we ate healthy. We didn’t take anything.”

About four years later, everything changed. “One day he didn’t get up for work. Right away I realized I had missed some signs. Do you ever do that thing with your partner or friend, where you finish their statements for them? Well, I realized my husband really hadn’t been talking the past couple of days, and I realized I was finishing his sentences, I was completing his thoughts. Clearly he was hiding an illness, which was making itself known really loudly to him. He was buying Tylenol by the six-pack, I later figured out.”

At the hospital he was diagnosed with stage-4 metastasized melanoma, with multiple tumors on his brain and other organs. “His cognition was impaired to the point where he got his children mixed up. Watching him fail the cognitive test, I realized my life was shifting right there. The ground was moving and the walls were crashing down.” After 16 days of multiple surgeries, “he was released to my care, and the claims process began.”

“Fortunately for me, it was one phone call, one piece of paper, one visit, and we were done with that.” The simplicity was a Godsend, “because I had my hands full. I was trying to help my husband save his life. I had aggressive plans for everything I was going to try, and then some. We were not just going with Western medicine. We were going alternative, we were trying different foods and everything. I could not worry about money, I could not worry about receipts, and I could not face filling out claims forms.”

Claims payments started appearing regularly. “It was a relief just to open up the mailbox and have a check there to pay my mortgage and allow me to stay home and focus on saving my partner. It gave me the freedom to decide what to do and how to live, now that I was making the decisions for both of us.”

“Michael was our core; he was the guy that made things happen in the family. He was the dad, he was the husband, he was my partner for 30 consecutive years. Having that policy gave me the freedom, after he left us last March, of still being able to stay home, because then I had my savings. I could use that to be with my kids because now THEY needed me, and we had to figure out where our life was going, and we had 3 broken hearts to mend. For that, I am so grateful.”

LTCFP has earmarked 2 percent of its profits for development aid in Africa and Haiti, and is a sponsor of the “3 in 4 Need More” campaign — www.3in4needmore.com — which seeks to inform the public that “at least 70 percent of people over age 65 will require some long-term care services at some point in their lives,” according to the U.S. Department of Health and Human Services.