You are here: Home › Foreclosures Plateau in April
By Send2Press Newswire on May 24, 2010 in Directories and Portals, Florida, Foreclosure Listings, Internet, MIAMI, Fla., Press Releases 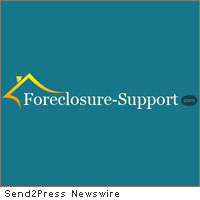 MIAMI, Fla. (SEND2PRESS NEWSWIRE) — Foreclosure Support, an online listings provider of foreclosed homes for sale, reported that foreclosures dropped 9% nationwide during the month of April, leading experts to speculate that the foreclosure homes market may finally have plateaued. In addition to the 9% drop since March, foreclosures fell 2% from April of 2009, marking the first year since the foreclosure crisis began that the market has seen an overall drop.

Experts at Foreclosure Support have been waiting for this for quite a while, as business analyst John Clark remarked. “For the first time, we’re seeing more foreclosure properties leave the market than new foreclosures coming on to the market.”

While most of the states with the highest foreclosure inventories in the nation, such as California, Nevada, Arizona, Texas and Florida still have large numbers of foreclosures, many of these states saw significant declines. Part of this is due to the fact that fewer new foreclosures are coming onto the market and more foreclosed homes that have been on the market for a while are getting repossessed by banks and government lenders.

“REO properties are really picking up,” explained Clark. “There are a lot of bank owned homes out there now, and there are going to be even more as the market continues to correct itself.”

But the plateau doesn’t necessarily mean foreclosures are going to drop anytime soon. The recession still plays a large role in the amount of foreclosures, especially with faltering local economies in states like Michigan, Utah, and Idaho, which appeared recently on the Top 10 foreclosure states for the first time. Other states with slowing foreclosure rates like Georgia, Massachusetts and Illinois are projected to fare better due to their thriving economies.

Of the Top 10 metropolitan area foreclosure rates, cities previously ravaged by foreclosures such as Fort Myers, FL; Orlando, FL; Stockton, CA and Modesto, CA all saw significant drops in foreclosures during April. The only city in the Top 10 to see their foreclosure real estate inventory grow was Reno, NV.

For more information on foreclosures and to get the latest foreclosure listings from around the country, visit www.foreclosure-support.com .

News Source: Foreclosure-Support.com :: This press release was issued by Send2Press® and is Copyright © 2010 Neotrope® News Network – all rights reserved.