You are here: Home › Compton Votes for Community Control of Its Police Resources
By Send2Press Newswire on June 2, 2010 in California, CLAREMONT, Calif., Local and Regional Govt., Politics, Press Releases 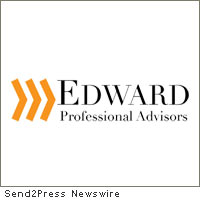 Paul Edward, founder of Edward Professional Advisors and contributing author to the feasibility study that recommended the establishment of a community-based police department in Compton, says, “Last night’s vote was a giant step forward for the citizens of Compton. Our research clearly shows that cities with strong community-based police departments are better places to live and work. Police departments do more than impact crime levels. When managed properly, they can drastically improve the quality of life of the citizens they serve.”

Eric J. Perrodin, Compton’s current Mayor and a former Compton Police Department sergeant, cast the deciding vote after spending 30 minutes emphasizing the benefits of local governments controlling their dedicated police resources. “This is not about the sheriff’s department being bad,” said Perrodin, “This vote is about improving the quality of life for all citizens of Compton. I’ve always said that if we can afford it, we should move toward owning our own police department. I made that pledge as a mayoral candidate, and tonight I am proud to deliver on my promise.”

In 2008, Compton commissioned a study to examine the feasibility of establishing a municipal police department. Joseph T. Rouzan, Jr., former police chief of the Inglewood and Compton Police Departments, and Paul Edward, organizational psychologist and author, spent a year conducting the study. “In addition to conducting empirical research,” says Edward, “We spoke to community leaders and residents of Compton. Five key themes emerged: responsibility, accountability, stability, results, and respect. When we compared the quality of police services under the current contract with the sheriff’s department to what we projected the quality to be under a community control model, it was crystal clear that establishing a municipal police department was the best option for the citizens of Compton.”

Perrodin, responding to concerns about alleged corruption under Compton’s former administration, said, “There is a lot of confusion about us bringing back the old Compton Police Department. But let me set the record straight; tonight’s vote is about creating something new. Just like we are in the process of ‘Birthing a New Compton,’ tonight’s vote is about creating a new police department that is accountable and responsive to our needs as members of this community.”

The Los Angeles County Sheriff’s Department provides contract law enforcement services to 42 cities in the Southern California region. When asked if he thought last night’s vote would spark a similar move among the other contract cities, Edward said, “As the mayor said, this was not about how well or how poorly the L.A. Sheriff’s Department is doing. The L.A. Sheriff’s Department is one of the finest law enforcement agencies in the nation. What our recommendation boiled down to was an indisputable fact: communities that have ownership of their law enforcement resources are better able to direct and deploy those resources where they are needed. Rather than being subject to the decisions of L.A. County officials several miles away, Compton police assets will be controlled by Compton officials. That makes a lot of sense on so many different levels. If other cities are leaning the same way and they can afford it, I don’t see why they shouldn’t at least explore their options.”

Paul Edward, PhD, is the Founder and Managing Advisor of Edward Professional Advisors, a full-service organizational development consulting firm that specializes in helping public safety organizations run better. He is a graduate of the University of Southern California, Regent University, and Trinity College. Paul is an active member of the International Association of Chiefs of Police and teaches courses in the graduate-level Emergency Services Administration program at California State University, Long Beach. He is the author of the award-winning book, “Moving Forward: Turning Good Intentions Into Great Results.”