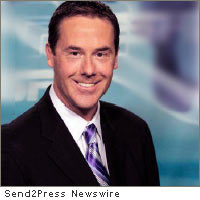 PARK CITY, Utah (SEND2PRESS NEWSWIRE) — This summer, Park City residents are sure to reminisce about the year they hosted the Olympics as Olympic medalist figure skater, Peter Carruthers, takes to the ice to coach people of all ages at the Park City Ice Arena.

Since 2001, Carruthers has guided elite level, Olympic-eligible skaters at U.S. figure skating camps and seminars. So, coaching is not new to him. In 2009, he teamed up with Olympic gold medalist, Dorothy Hamill, to coach at the inaugural Dorothy Hamill Figure Skating Fantasy Camp.

“I’m looking forward to working with people of all ages and levels,” says Carruthers. “And, it will be a thrill for me to coach at the site of the 2002 Olympic Winter Games.”

Carruthers is not the only one looking forward to the experience.

“I am pleased to welcome him and his family to Park City,” says Dr. Heiden who is now an orthopedic surgeon. “Our diverse sports community will benefit from his presence and insight into the sport of figure skating. This is a great opportunity for our skaters to enhance their program.”

Carruthers is one of the most-respected faces in figure skating. After winning four U.S. championships and the Olympic Silver in 1984, he experienced a touring career around the globe that spanned 13 years. He headlined with his sister, Kitty, in the Ice Capades and Stars on Ice along with other Olympic greats such as Kristi Yamaguchi and Scott Hamilton.

In 1986, Carruthers’ sports’ broadcasting career launched at the Goodwill games in Moscow, Russia. Since then, he has steadily worked as a broadcaster on major networks; in fact, in 2000, he signed a multiyear agreement with ABC Sports and ESPN. He has served as a reporter and expert figure skating analyst at 10 World Championships, seven United States Championships and four Olympic Winter Games.

Most recently, Carruthers provided figure skating analysis for the ISU Grand Prix of Figure Skating which aired on Universal Sports. The U.S. broke the record for the most medals won by a nation at the 21st Olympic Winter Games in Vancouver. Peter was right there, aside Olympic Gold Medalist Kristi Yamaguchi, co-hosting, “The Figure Skating Review and Preview Show” on Universal Sports.

For more information about classes and camps, visit: www.parkcityice.org or call: 435-615-5704. Private lessons are also available.