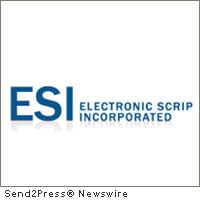 Unified chose ESI’s WIN platform as one of its loyalty solutions because of its simplicity, affordability and above all, its focus on the needs of the independent grocer. The WIN program allows independent grocers to identify and reward their best customers without the overwhelming data and cost burdens typically found in loyalty offerings. “Our loyalty philosophy is simple: focus on those elements which keep the consumer loyal while taking the burden off the grocer,” said Ian Diery, CEO of ESI, “Sometimes too much information is simply too much, and it is our responsibility to provide our partner the optimum amount of information that allows them to maintain a strong consumer focus within a reasonable budget.”

Other Benefits of the WIN Rewards Program:
– The WIN platform is highly customizable, allowing each grocer to pick and choose the features they can afford and is relevant to their business, instead of force-fitting all grocers in the same mold.
– Provides a one-stop shop facility for the independent grocer. ESI offers a wide array of services including POS integration, managing program launch from start to finish, mining consumer insights for clear and actionable recommendations, marketing, and administration for one low monthly fee with no hidden costs.
– Helps grocers develop an online communication platform that not only saves cost but enables better consumer targeting.
– Supports green initiatives by reducing the need for paper.

Unified’s Executive Director of Retail Support Services, Kory Burwell, stated, “In today’s challenging times, the independent grocer needs the right information in order to compete effectively and grow. ESI’s WIN Rewards Program is designed to increase customer loyalty and sales. Undifferentiated discounting has not proven to be effective against large grocery chains that use electronic media for targeted customer marketing. WIN adds tremendous value by bringing to the grocer the technical, marketing, and analytical expertise to compete in today’s economy.”

Founded in 1922, Unified Grocers, Inc. is a retailer-owned wholesale grocery distributor that supplies independent retailers throughout the western United States. Unified and its subsidiaries, which generated approximately $4.1 billion in sales during fiscal 2009, offer independent retailers all the resources they need to compete in the supermarket industry.

Founded in 1999 and based in San Mateo, California, ESI introduced eScrip, an electronic scrip program to provide resources to organizations that support children through member retailers. In 2008, ESI Introduced the WIN Rewards Program to offer a low cost loyalty solution specifically designed for local and regional grocers. ESI currently process over 76 million transactions and $2.5 billion in sales annually. ESI’s board and officers include individuals with diverse backgrounds that include computer technology, banking systems, marketing, accounting, fundraising, and the non-profit sector.