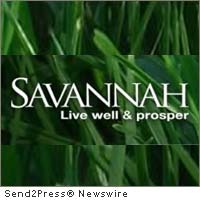 “Steven Weathers has been a dynamic force in economic development for more than 20 years,” said Tommy Hester, chairman of the SEDA board of directors. “We look forward to him bringing new leadership, remarkable enthusiasm and a vast knowledge of economic development to Savannah as we continue to attract major investment from manufacturing, assembly and logistics industries, while also expanding our economy in new ways.”

Weathers is currently president and CEO of Regional Growth Partnership, a private sector-driven and funded economic development company serving Toledo and northwest Ohio. He also serves as president and managing director of Rocket Ventures, a venture capital fund that serves as the “for profit” arm of RGP. Under his direction, RGP has helped attract 7,000 jobs, more than $800 million in new wages and $2.2 billion in new construction investment. Through Rocket Ventures, Weathers has been involved in starting 70 new technology-based companies and bringing 800 new high paying tech based jobs along with $50 million of new venture co-investment funds to the region. Previously, Weathers served as president and CEO of the Greater Tucson Economic Council and vice president of the San Diego Regional Economic Development Corporation.

“I cannot imagine a better and more exciting opportunity than to serve as the next president and CEO of SEDA, one of the most respected economic development organizations in the country,” said Weathers. “I look forward to working with such an exceptional group of staff, board of directors and community leaders to attract new business to Savannah.”

“Lynn has demonstrated invaluable leadership as SEDA’s senior vice president and interim CEO,” said Hester. “We look forward to his continued contribution in the role as SEDA’s senior vice president. Our staff at SEDA has always been considered and in fact is one of the highest regarded and most effective economic development teams in the Country. Steve’s addition to the team’s already strong leadership group will undoubtedly enhance our ability to attract additional investment and jobs to our region.”

The SEDA Succession Planning Committee was formed in August 2009. Appointed by immediate past SEDA Board Chairman Brian Foster and led by Committee Chair and current Vice-Chairman of the SEDA Board David Paddison, the committee included board members Brooks Stillwell, Shevon Carr, Kevin Jackson, Paul Hinchey and Brian Foster.

Throughout the fall of 2009, the committee held focus group sessions asking SEDA stakeholders to talk about what they wanted from the organization and its next leader. Based on the focus groups’ feedback, the committee developed a job description and search specifications. The Succession Committee officially launched an exhaustive analysis of national executive search firms following the announcement last January that SEDA President Rick Winger would retire effective July 1, 2010.

In February, the board voted to conduct a national search and in May the search firm of Heidrick and Struggles was selected. Recognizing the search would still be in process at the time of Winger’s departure, the board named SEDA Senior Vice President Lynn Pitts to the position of interim president and CEO on April 13. The Succession Planning Committee announced on Sept. 10 that Weathers and Pitts had been named finalists in the process.

“It has been a long, arduous and important process. The Succession Planning Committee members dedicated countless hours of their personal time, and none more so than Brooks Stillwell. I am grateful for their invaluable contributions to this effort and for the full board’s confidence in our work,” Paddison said.

The Savannah Economic Development Authority works to improve the standard of living for all citizens of Chatham County by stimulating the economy through the attraction of new investment, the creation of new jobs and the support of established businesses in the area.

MentalHealthHealing.com Launched on September 20, 2010, and is Now Available to the Public
Loan-Score’s PPE and AUS Platforms Integrated into Calyx Point