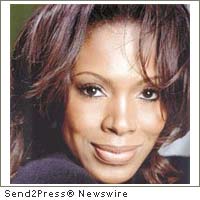 Co-conveners, Evelyn Gibson Lowery and Rita Jackson Samuels are hosting the FREE event to motivate women to vote and clarify their ability to be “Game Changers” in the upcoming election. The public is invited to attend on Saturday Oct. 16, 10 a.m. to 12 noon at the Atlanta Civic Center. For more information call (404) 584-0303 or (404) 653-1199.

“Women in Power Multicultural Forum” will bring together women from across Georgia to discuss the power of women voters, the importance of unity in the upcoming elections, and the need for women to be engaged in the political process. In addition to a host of prominent speakers, the event will include music and several organizations will be on hand to give information about the upcoming election.

WHAT: Women in Power Multicultural Forum – FREE nonpartisan event open to the public.

WHO: Hosted by sclc/Women’s Organizational Movement for Equality Now, Inc. and Georgia Coalition of Black Women. Partners include a diverse group of women and organizations from all ethnic backgrounds.

Founded in Macon in 1980, Georgia Coalition of Black Women has been in the vanguard on women’s issues for more than 30 years and was a lead advocate for the establishment of the Georgia Commission on Women, as well as numerous observances of Women’s History Month around the state. A major focus of the nonprofit, community-based outreach organization is to impact public policy and to facilitate the participation of women in government, with emphasis on the electoral process.

CMI Qualitative Research Manager and Ethnographer Laura Winn Johnson to Present at PMRG Institute
The American Dream: ‘Education for Everyone’