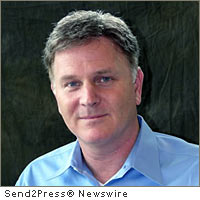 KIRKLAND, Wash., Feb. 7 (SEND2PRESS NEWSWIRE) — For three years in a row (2008, 2009, and 2010), LTC Financial Partners LLC (LTCFP) has been selected by Inc. Magazine as one of the nation’s 5,000 fastest-growing companies. And among large national agencies specializing in LTC insurance sales, none is growing faster than LTCFP. What accounts for this?

“One key is ownership,” says Cameron Truesdell, CEO. “Agents who do well are made Partner, which brings them shares in the organization.” That means not just status, but the potential for dividends.

“It’s a whole new thing in our industry. Dividends are an income stream over and above commissions and renewal income.” This year per-share dividend payments will double those in 2010; and one agent will get a dividend check for more than $70,000. “Not bad as extra spending money,” says Truesdell.

At the company’s annual meeting in January, 48 LTCFP agents were elevated to Partner status, bringing the total number of producer-Partners to 155. “We expect to see a lot more new Partners in 2012, at our next meeting,” says Truesdell. “Our people are really motivated and coming on strong.” LTCPF has more than 500 agents in all.