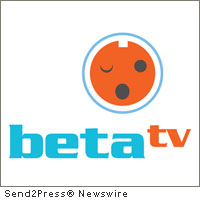 LOS ANGELES, Calif., Feb. 11 (SEND2PRESS NEWSWIRE) — BETA Records, LLC (www.betarecords.com) announced that Phil Quartararo, known to music industry professionals as “Phil Q,” has accepted a role on BETA’s new Advisory Board with the goal of leveraging the company’s position as a leader in music media promotion and production.

“Phil Q is a leader among his peers in the music industry,” stated Chris Honetschlaeger, BETA President. Quartararo has achieved a tremendous career working with legendary acts such as U2, Smashing pumpkins, Red Hot Chili Peppers, Linkin Park and many others while CEO of Virgin Records and Warner Bros Records. His diverse career includes President at EMI Music Marketing where he coined the simple theory: “allow the music consumer to consume music how, where and when they choose.”

“BETA’s going to have people scratching their heads in the next couple years as they partner with artists earning revenue together by selling digital brands coupled with real traffic numbers,” predicts Quartararo.

“Lucky is the only way I can describe bringing Phil Q to the Advisory Board of BETA,” states Honetschlaeger. “I define him as ‘truth meets music,’ plus it’s all whipped together with decades of brilliance and contacts who love him. There isn’t much that can stop us with Phil Q on board.”

The upbeat approach of BETA is in stark contrast to much current music news. “We are moving forward with brand new ways of making music relevant, exciting and profitable for artist and businesspeople alike,” Honetschlaeger says.

About BETA Records:
BETA is a leader in making, moving, and monetizing music. Across multiple platforms, 500,000 fans enjoy BETA music content each week. Chris Honetschlaeger may be contacted directly at 310.999.2382 or via e-mail: chris@betarecords.com .

Current TV line-up may be found at: and sample music segments are at: http://www.youtube.com/betarecords .


News Source: BETA Records LLC :: This press release was issued on behalf of the news source by Send2Press® Newswire, a service of Neotrope®. View all current news at: http://Send2PressNewswire.com .