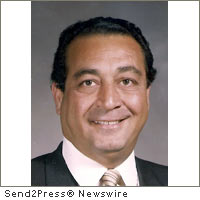 SPRINGFIELD, N.J., Feb. 21 (SEND2PRESS NEWSWIRE) — Donald M. Toresco, a pioneer of automotive retailing and founder of Autoland in Springfield, N.J., passed away Sunday, February 20, 2011; he was 71. Known as “Mr. T” to friends and colleagues, Toresco operated numerous auto dealerships throughout the Mid-Atlantic and launched many automotive sales and management careers.

In the early 1970’s Mr. Toresco opened Dodgeland, U.S.A. in Springfield, N.J. It was one of the nation’s largest Chrysler franchises. Toresco was personally cited by Lee Iacocca for “Outstanding performance and the highest degree of professionalism,” winning the Chrysler “Award of Excellence.” Dodgeland, U.S.A. was also named “Best Overall Dealership in America” by the Dodge Chargers Club.

In the early 1980’s Toresco expanded the 26-acre Springfield location, adding Jeep, Chrysler, Ford and Toyota. Renaming the business Autoland, it was one of the first “auto mall” concepts in America.

A pioneer in the automotive industry, Mr. Toresco was one of the first auto dealers to implement a computerized finance system, enabling bank contracts to be electronically stored and printed.

A well-known philanthropist, Mr. Toresco contributed liberally to hospitals, community organizations other charitable and cultural endeavors. He had a long-standing commitment to Memorial Sloan-Kettering Cancer Center, The Epilepsy Foundation of America and The GP Foundation for Cancer Research, which supports the best and brightest researchers in the nation and ensures that the most cutting edge cancer research will be supported and nurtured.

News Source: Toresco Family :: This press release was issued on behalf of the news source by Send2Press® Newswire, a service of Neotrope®. View all current news at: http://Send2PressNewswire.com .