You are here: Home › Rock Takes Out the Largest Street Carnival in the World
By Send2Press Newswire on March 7, 2011 in California, Entertainment, LOS ANGELES, Calif., Music and Recording Industry, Press Releases, Travel, Videos 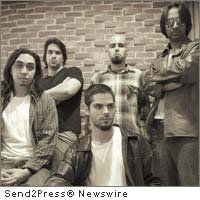 LOS ANGELES, Calif., March 7 (SEND2PRESS NEWSWIRE) — From the 5th to 8th of March, Bahia will not be only the capital of the axe music, but will be also the capital of Rock’n’Roll. ACCRBA, a leading Brazilian-based non-profit association established 1994, announces the launch of the 17th edition of the Palco do Rock Festival, sponsored by BahiaGas, the Government of the State of Bahia and with the support of the Municipal Town hall of Salvador.

The festival follows its traditional schedule, during the Carnival party of Brazil, the biggest street party in the world, with over two million visitors every year, at the Coqueiral de Piata, Salvador, Bahia. Rock and Roll to the seaside in one of Brazil’s most beautiful beaches.

This year the festival will bring veteran groups like As Mercenarias (80s Punk group) from Sao Paulo as well as hot new bands like Riverdies from Rio de Janeiro, that has been winning awards in Brazil and USA for its second album “Down Yard.”


News Source: ACCRBA :: This press release was issued on behalf of the news source by Send2Press® Newswire, a service of Neotrope®. View all current news at: http://Send2PressNewswire.com .