You are here: Home › Investors Flock to Brazil at an Unprecedented Rate
By Send2Press Newswire on March 31, 2011 in Brazil, Finance, International Business, Politics, Press Releases 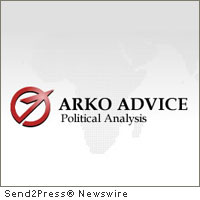 BRASILIA, Brazil, March 31 (SEND2PRESS NEWSWIRE) — With strong economic growth (7.5% per annum), a large and robust domestic market and a stable democracy, Brazil is a thriving market for foreign investors. President of the Brazilian political consulting firm Arko Advice and founder of the online intelligence service Brazilian Intelligence, Dr. Murillo de Aragao says, “In 29 years of business relationships with foreign investors, I have never witnessed the current level of interest in investing in Brazil.”

It seems to be Brazil’s time in the sun. In the next decade, the country will host two international events, the 2014 FIFA World Cup and the 2016 Olympic Games in Rio de Janeiro, which have investors salivating and competing for new profitable business opportunities. A report from The Economist says, “Brazil has been transformed from ‘country of tomorrow’ to ‘once-in-a-lifetime-opportunity.'”

Added to the mix is a wealth of natural resources including the offshore oil reserves termed the “pre-salt” (Brazil is poised to become an oil exporter), leading investor interest to be at an all-time high. According to the boss of a big American private equity firm, “Brazil is absolutely the most attractive emerging market right now.”

However, barriers to doing business in Brazil remain. Investors face difficulties in understanding Brazilian bureaucracy. “One of the problems foreign investors are facing is the lack of reliable, non-partisan information on political and economic conjuncture,” says Dr. Murillo de Aragao. “I created the Brazilian Intelligence service in order to meet the ever-growing demand for intelligence on the Brazilian political and economic landscape.”

Brazilian Intelligence (www.brazilintell.com) was founded in 2009 as a division of Arko Advice Research, one of the leading Brazilian companies in the fields of public policy analysis and international affairs since 1982. The company is based in Brasilia, Brazil’s capital, with 29 years of experience and a well-established network of decision-makers in the Brazilian political scene.

News Source: Arko Advice Research :: This press release was issued on behalf of the news source by Send2Press® Newswire, a service of Neotrope®. View all current news at: http://Send2PressNewswire.com .

New Whiteflash Bauble is Simply ‘Bella’
Is This an April Fool’s Joke – Or Not? Only Doctor Flue of Tecumseh, Michigan Knows!