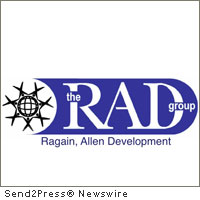 HOUSTON, Texas, April 5 (SEND2PRESS NEWSWIRE) — A great number of accidents and injuries could have been prevented if someone had simply “spoken up.” The prevalence and magnitude of this problem often gives rise to public frustration and, at times, indignation. To better understand why employees so frequently choose not to say anything in the face of potential disaster, The RAD Group conducted a large scale study of “Safety Interventions.”

The results of the study, which focused heavily on the Oil and Gas industry, showed that the problem is perpetuated by the incorrect assumption that employees know HOW to stop unsafe operations.

The 2010 study, conducted by The RAD Group, surveyed more than 2,600 employees in 14 countries and found that employees intervene in only 39 percent of the unsafe operations that they observe in the workplace. Moreover, when they do intervene, employees fail to stop the unsafe action/condition 20.7 percent of the time. The data indicate that employees remain silent NOT because of company pressure or pressure from supervisors and peers. The primary reasons that employees gave for not intervening in someone’s unsafe action or decision were (1) “The other person would become defensive or angry,” and (2) “It would not make a difference in the other person’s behavior.” The implication is that employees do not intervene because they had tried in the past and were not able to do so effectively. The survey revealed a common assumption among respondents that would explain their inability to intervene effectively — employees tend to address the wrong underlying causes of coworkers’ unsafe actions and decisions, and in doing so, produce defensiveness and resistance to change.

“Because employees are not equipped to understand others’ behavior, they are less likely to stop unsafe actions and less effective when they do choose to intervene,” says Dr. Ron Ragain, Executive Director of The RAD Group. Based on the results of this study, Dr. Ragain suggests that companies treat the “Safety Intervention Conversation” as a core employee competency. “When employees are silent in the face of what they know to be unsafe, I often hear people attribute it to weakness or even moral deficiency; but this is usually both wrong and counterproductive. Getting employees to speak up is not simply a matter of motivation; it is also a matter of ability.”

The likelihood of workplace incidents and injuries can be significantly reduced by making employees competent at holding intervention conversations.

Results of The RAD Group’s “Safety Interventions Study” are published in Drilling Contractor magazine (Jan/Feb 2011) and will be published in the May/June edition of EHS Today magazine.

The RAD Group is an international training and consulting firm that has served the Oil and Gas industry for more than 30 years. They specialize in organizational and cultural assessment, behavioral safety and human factor solutions.

News Source: The RAD Group :: This press release was issued on behalf of the news source by Send2Press® Newswire, a service of Neotrope®. View all current news at: http://Send2PressNewswire.com .