You are here: Home › OpenCuro will debut at FinovateSpring 2011
By Send2Press Newswire on May 4, 2011 in Banking and Finance, California, Computing, Internet, Press Releases, SAN FRANCISCO, Calif. 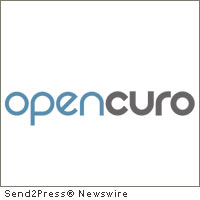 SAN FRANCISCO, Calif., May 4, 2011 (SEND2PRESS NEWSWIRE) — OpenCuro, a San Francisco-based online payment start-up, today announced that it will debut its new payment system at FinovateSpring 2011 on May 11th in San Francisco. Finovate is the conference that showcases groundbreaking innovations in financial and banking technology from both established industry leaders and up and coming start-ups like OpenCuro.

“I’m looking forward to launching our payment system at FinovateSpring,” said Ian James, Founder and CEO of OpenCuro. “I’m eager to get on stage and really show what our payment system can do, both for the security savvy individual and for financial institutions nationwide.”

During FinovateSpring, OpenCuro will show the future of online payments by demonstrating how to send and receive money using its patent-pending system. Presently, online payment systems require the sender and/or receiver to disclose some mix of financial and personally identifiable information to make a payment, but OpenCuro plans to change all that. OpenCuro has taken a fundamentally different approach to payment privacy and security by designing a system that melds the simplicity of cash with the speed and ease of online payments.

Users make and receive payments using what they call a CuroCode: a randomly generated, alphanumeric code that is time-sensitive, one-time-use and contains absolutely no personally identifying information about the sender, receiver or transaction. There is no payment delay – when a CuroCode is submitted, payment is instantly transferred. OpenCuro’s system eliminates duplicate payments, unauthorized payments, and many types of identity theft. The payment system is designed to facilitate person-to-person payments in addition to person-to-business transactions.

In addition, OpenCuro plans to debut its solution for financial institutions. Banking customers are eager to use an online payment method offered directly from their own bank. Current offerings fail to gain traction because customers see them as slow, cumbersome or requiring the disclosure of too much personal information. Using OpenCuro, financial institutions can offer CuroCodes directly to their customers through existing banking infrastructure. CuroCodes allow money to be sent or received without disclosing any personal or financial information to the receiving party (person or merchant), the receiving party’s bank, or even to OpenCuro.

Customers can send or receive payments to or from anyone, regardless of where they bank. OpenCuro’s solution for financial institutions introduces a new revenue stream while providing improved customer retention, greater adoption of online and mobile banking, reduced check and cash transactions and greater control over the customer relationship.

“I’m excited that OpenCuro will be demoing their innovative payment system at FinovateSpring and explaining its implications for financial institutions,” said Eric Mattson, CEO of Finovate. “Online payments is an arena ripe for innovations like OpenCuro’s, especially with regard to fraud and security.”

About OpenCuro:
OpenCuro® is a fundamentally different online payment system that leverages patent-pending technology to eliminate duplicate and unauthorized payments. Unlike other systems, OpenCuro’s unique CuroCode approach reveals absolutely no financial information or personally identifying information about the sender, receiver or transaction, creating the utmost payment protection, while still offering the speed and ease of online payments. The OpenCuro system is patent-pending in the U.S., Canada, Australia, Europe, India, China, Japan, Singapore, Brazil, Mexico and South Korea. To learn more about payments that protect your privacy and security, visit https://opencuro.com .

About FinovateSpring:
FinovateSpring is a demo-based conference for innovative startups and established companies in the fields of banking and financial technology. Held in San Francisco, the event offers an insight-packed glimpse of the future of money via a fast-paced, intimate and unique format. FinovateSpring is organized by The Finovate Group. For more information on the event, or to view videos of previous demos, please visit www.finovate.com/spring2011 .

News Source: OpenCuro, Inc. :: This press release was issued on behalf of the news source by Send2Press® Newswire, a service of Neotrope®. View all current news at: http://Send2PressNewswire.com .