You are here: Home › Psychologist Offers Essential Tips for Parents on and Before Prom Night
By Send2Press Newswire on May 19, 2011 in Family, Parenting and Children, General Editorial, New York, NEW YORK CITY, N.Y., Opinion, Press Releases 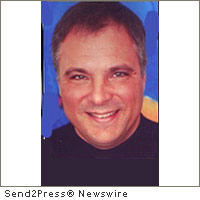 NEW YORK CITY, N.Y., May 19, 2011 (SEND2PRESS NEWSWIRE) — While prom night is a cultural right of passage, every year teens die, or injure themselves or others drinking and participating in high risk behavior. Peter Favaro, Ph.D. who manages a child and teen psychology practice called Tribeca Kid Coach in the Tribeca area of New York – and is the author of several child and teen parenting books including “Teen Parenting With Dr. Peter” (available in the Apple iBookstore) – offers words of advice for parents as we approach prom season.

1. Teen binge drinking incidents sky rocket on prom night. Even if your kid does not drink peer pressure is enormous. “I do not recommend parents telling kids that ‘having one or two is okay,” says Favaro. “That is giving kids permission to drink,” and since teens are hard wired to push limits, telling them to drink in moderation is a waste of time, and might trigger the teenage pretzel logic that ‘if one or two is ok I won’t get in trouble until five or six.'”

2. Let your kids know you will be waiting up for them and that you expect a big hug when they walk through the door. Your kids should know you are not dumb and that you will be checking for alcohol breath, mints, and other signs they have been drinking.

3. Do not permit your kids to rent or hang out in rented hotel rooms on prom night. This is a recipe for disaster.

4. Caution your teens about what they do on social networking sites on prom night. Those drunken prom night pictures can easily influence college admission results. Do ask them to “check in” by text at one or two intervals during the evening.

5. Express worry but don’t threaten. Tell your kids that you love them, and it is your responsibility as a parent to worry. Convey trust (if it has been previously earned) but express that you know that on prom night kids may cross lines that they would never think of crossing in their regular social lives.

6. Be available to drive. Tell your kids that if they call you for a lift home, you will provide it, no questions asked.

News Source: Peter J. Favaro, Ph.D :: This press release was issued on behalf of the news source by Send2Press® Newswire, a service of Neotrope®. View all current news at: http://Send2PressNewswire.com .