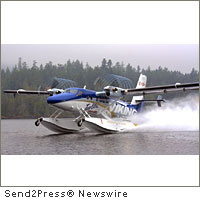 BUSHKILL, Pa., July 19, 2011 (SEND2PRESS NEWSWIRE) — Billioninvest Corporation, a U.S.-based international marketing and management consulting company, is breaking ground with its most challenging project ever – connecting distant regions of Russia to places of industry and commerce via bush planes.

Territory in Russia is so vast and the climate – very diverse. Therefore, multiple types of transportation (aviation, marine, automotive, railroad) are highly sought after because getting from place to place within reasonable time and some level of comfort can prove to be a major challenge.

As a result, Billioninvest and its Russian-American expert team is enthusiastically working on reviewing case studies that reveal transportation alternatives to improve direct interaction between U.S. and Russian small business traders who continue to seek economically-viable delivery options.

“Billioninvest is working with representatives of local airlines in Sakha Republic, located in the Russian Far East, to buy or lease nine of these North American-made bush planes for commercial cargo and small passenger application within the region,” says Vladimir Biryukov, Ph.D., Chief Expert of Billioninvest.

Wheel skis and amphibious floats combine wheels with skis or floats, giving the pilot the option of landing on snow/water or a traditional paved runway.

“Our customers are considering buying these planes for Russian markets because of their technical qualities and exceptional value,” adds Biryukov.

Biryukov is a well-known Russian-American economist and business consultant. He is a world-class economic advisor with an outstanding background in development within the Russian market and in transitional economics.

To date, small-scale flights to distant areas such as the Far East and Siberia were too expensive, too complicated and too limited.

Today, small Russian private businesses are allowed to own or lease foreign-made small planes, in turn, opening up opportunities for small companies in these remote regions.

Reasons for owning or leasing a bush plane include: transporting small parcels to regions where there is no way to land a regular plane; to evacuate a small group of people in an emergency situation; and to facilitate trade between the U.S. and remote Russia.

STOL planes have become so popular that there is already a long waiting list for new deliveries, not only from the Russian market, but worldwide.

“In today’s global economy, the need to connect remote Russian regions to other areas is one of the most pressing needs for regional air carriers in the Russian Far East; it’s a massive undertaking, but one we are willing to pursue,” says Biryukov.

News Source: Billioninvest Corporation :: This press release was issued on behalf of the news source by Send2Press® Newswire, a service of Neotrope®. View all current news at: http://Send2PressNewswire.com .