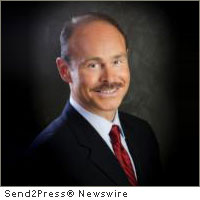 AUSTIN, Texas, July 26, 2011 (SEND2PRESS NEWSWIRE) — 360 Mortgage Group, a privately-owned wholesale mortgage bank, welcomes Al Crisanty to its team as Vice President of National Wholesale Production. Crisanty will oversee 360 Mortgage Group’s territory sales managers as the firm seeks to expand its operations to all 50 states. Crisanty brings with him more than 25 years of results oriented management and leadership experience in all areas of the mortgage origination process including secondary marketing, retail, wholesale and correspondent lending.

Prior to joining 360 Mortgage Group, Crisanty was employed with Caliber Funding as the firm’s national wholesale director, where he was responsible for the development and expansion of Caliber’s wholesale production channel. In addition, Crisanty served as the executive vice president of national production for American Home Mortgage where in 2003, he successfully transitioned the fifteen-branch, 500-member production team from Capitol Commerce Mortgage Company after its closure. This team became the model and foundation for American Brokers Conduit, American Home Mortgage’s wholesale division.

“If there was a Ph.D. in how to grow a mortgage banking operation, Al would be teaching the course,” said Don Henig, former president of Third Party Lending at American Home Mortgage.

“360 Mortgage Group is a lender on the rise, and I am eager to shepherd 360 Mortgage Group’s transition from regional up-start to a prestigious, nationally recognized mortgage lender,” Crisanty said. “Having dedicated much of my career to its advancement, I am a firm believer in the wholesale channel and the value it brings to both the mortgage industry and to borrowers, and I look forward to perpetuating the longevity of wholesale through my work at 360 Mortgage Group.”

“Al’s motivational and mentoring management style will be a valuable asset for 360’s sales team,” said Mark Greco, president of 360 Mortgage Group. “He is a great addition to 360. I am excited and fully confident that this addition will provide the sales team with the guidance, structure, support and leadership needed for continued growth. There is a great deal of opportunity in the market place and I am looking forward to working with Al to continue building an elite sales team to serve our brokers. There is no limit to the potential.”