You are here: Home › Berkeley Leads in Exploring Practical and Revolutionary Usages of Web and Cell Tools
By Send2Press Newswire on September 20, 2011 in Business and Social Networking, California, Education, General Editorial, Press Releases 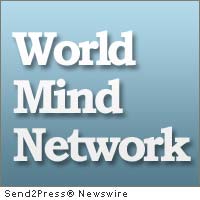 BERKELEY, Calif., Sept. 20, 2011 (SEND2PRESS NEWSWIRE) — The University of California at Berkeley, in partnership with the World Mind Network, is becoming the nexus of a new movement aiming to maximize the vast power embedded in commonly used Web and Smart phone technologies to effect useful change in the world.

According to Sarah Mendel of the NGO Friends Without Borders, UC has the size, reputation, and brainpower to show the world the under-realized potential of social networking, micro blogging, cell phone apps, online video, and other popular free electronic tools to solve problems in education, research, environmentalism, and social change.

Berkeley is no stranger to initiating new trends, having sparked the Free Speech movement of the 1960’s, and various other cultural, scientific, and academic shifts.

Wikis, search engines, social networking, and the other Web 2.0 phenomena are not new; what is new is the ability to combine their best features to create easily set up projects that allow individuals to have real impact on issues that previously could only be addressed by huge institutions.

Because so many of these things have been introduced to the public as toys, conveniences, or merely as ways to do traditional things a little more efficiently, we forget that programs like Google, Skype, Twitter, Facebook, YouTube, and the like allow modern humans to know almost anything, communicate with almost anyone, create and share almost any kind of content for free, and thus live a richer life than any previous generation. Because we rarely “step back” to examine how powerful these capabilities have made us, we often fail to realize their potential to bring solutions to age-old problems with far less time, cost, and stress than traditional methods.

Additionally, the fact that modern web tools allow individuals the ability to create large Internet “footprints” for themselves means that one person can create a permanent web niche for themselves around a particular issue. In practice, this means that Berkeley students are experimenting with making their work far more public, and yet more personal, at the same time.

Among other programs, Berkeley students have participated in projects which:

– Saved lives after the March 11 earthquake in Fukushima, Japan, by monitoring Twitter, Facebook, and SMS feeds to connect victims with rescuers;

– Created the world’s largest collection of pre-1900 archival French audio recordings and preserved them with iTunes and Windows Media files;

– Brought needed infrastructure improvements to villages in Kenya by devising a program which turned unused cell phone minutes from students in America into legal tender for Africans;

– Started a worldwide online discussion group which provided advice to legislators in Nepal who are writing a new national constitution;

– Built one of the world’s largest online crowd-sourced experiments which discovered several causes for a sudden fish die-off in Taal Lake in the Philippines, and suggested treatments which were successfully implemented.

For more information write to worldmindnetwork@gmail.com .

News Source: World Mind Network :: This press release was issued on behalf of the news source by Send2Press® Newswire, a service of Neotrope®. View all current news at: http://Send2PressNewswire.com .