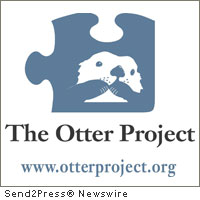 “The upcoming public hearings on the failed ‘No-Otter’ Zone hold the key to the future of southern sea otters in California. After 24 years, citizens have a momentous opportunity to help remove regulations that have effectively kept southern sea otters on the endangered species list,” said Steve Shimek, Chief Executive of The Otter Project.

Since 1987, a “No-Otter” Zone has existed in Southern California extending from Point Conception near Santa Barbara in the north, to the Mexico border in the south.

These “lines- in-the-water,” brought about due to pressure from fishing and oil industry interests, have set back the natural range expansion of the southern sea otter into Southern California.

Following a 2009 legal action brought against the USFWS by The Otter Project and the Environmental Defense Center, a sixty day comment period ending on October 24, 2011 has been enacted to determine the future of the failed zone.

“What this experiment has shown us is that zonal management of sea otters simply doesn’t work. It’s fairly clear that the otters aren’t paying much attention to these ‘borders’ and the time has come to stop insisting that they should,” said Shimek.

The Otter Project encourages citizens to attend the public hearings and vocalize their support for the removal of the “No-Otter” Zone in Southern California.

“If you love otters and want this charismatic California icon to be around for generations to come – we need your support,” said Shimek. “The meetings will be crucial in ensuring that the interests of southern sea otters are heard and not held hostage to the whims of industry.”


News Source: The Otter Project :: This press release was issued on behalf of the news source by Send2Press® Newswire, a service of Neotrope®. View all current news at: http://Send2PressNewswire.com .