You are here: Home › Foreclosure Follows Unemployment in Alabama and Georgia in the First Half of 2011
By Send2Press Newswire on September 28, 2011 in Internet, New York, NEW YORK, N.Y., Press Releases, Real Estate, Reports and Studies 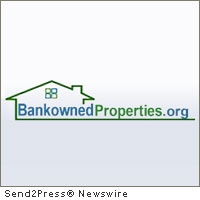 NEW YORK, N.Y., Sept. 28, 2011 (SEND2PRESS NEWSWIRE) — Bank Owned Properties (BankOwnedProperties.org) reports that Alabama and Georgia showed a drop in bank foreclosures in March of 2011 but then spiked upwards in April and continues to grow in both states. Behind this activity is the cumulative effect of foreclosure processing delays which masked the reality of the foreclosure effect. The August numbers reveal what lies behind that veneer.

Activity jolted higher in August providing evidence that lenders are disproportionately pushing batches of delinquent loans through foreclosure as they fix their paperwork and documentation actions and as some local markets are determined able to absorb more foreclosure inventory. Across the United States there are some 1.4 million more homes in the process of being listed in foreclosure.

In Alabama’s largest metro area, home prices, including distressed sales, fell by 9.6 percent in May from 2010. In April prices fell 9.3 percent compared to the same time in 2010. The overall decline for Alabama home prices was 8.9 percent in May.

Unemployment findings seem to mirror the volume of foreclosures. Notice the number of foreclosure properties and the unemployment numbers in close proximity of the same month for the states of Alabama and Georgia:

Alabama’s unemployment rate slightly dropped to 9.9 percent in August down from 10.0 percent in April, as a weak labor market was again unable to sustain the growth of people looking for jobs. And more significantly, August’s unemployment was above the 9.1 percent rate of August 2010.

The number of unemployed people rose above 200,000 for the first time since May 2010, to almost 213,271 in August 2011. Statewide unemployment peaked at 10.4 percent in late 2009, when nearly 225,000 people were jobless. But storms and tornadoes damaged areas of Alabama which also added to the unemployment numbers.

The weak national economy also affects Alabama. The national unemployment rate rose to 9.1 percent in August, from 9 percent in January.

In Georgia, more than half of the state’s 159 counties have jobless rates higher than 10 percent. In Brunswick, where the unemployment rate increased to 9.8 percent from the 9.6 percent jobless rate in April, there were 140 new job seekers and only 23 of them found a job. Fulton County, which includes the city of Atlanta, was at 10.9 percent. Georgia appears to be sustaining better employment numbers even though foreclosures continue to rise, revealing that the number of foreclosure properties in progress are about to deluge the market.

Those who have struggled over the past six to twelve months with securing employment while delinquent on their payments are exposing the backlog now of homes that will soon be available to the buyers and investors.

News Source: BankOwnedProperties.org :: This press release was issued on behalf of the news source by Send2Press® Newswire, a service of Neotrope®. View all current news at: http://Send2PressNewswire.com .