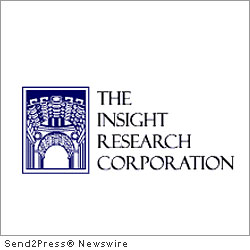 MOUNTAIN LAKES, N.J., Oct. 13, 2011 (SEND2PRESS NEWSWIRE) — In 2011, US ethnic communities will spend $77.9 billion on telecommunications services, accounting for nearly one-third of all residential telecom expenditures, according to a new market research study from The Insight Research Corporation. The largest minority group, Hispanics, representing 16.3 percent of the total US population, will spend the most.

Understanding and targeting the increased spending power of the Hispanic American, African American, and Asian American communities will be crucial for telecommunications providers over the next five years.

Insight Research’s market analysis study, “US Hispanic Use of Telecommunication Services, 2011-2016,” takes a close look at the purchasing habits and telecommunications usage patterns of the Hispanic segment of the US population. The study emphasizes that the Hispanic market exhibits above-average consumption of mobile content.

The study further reports that nearly 82 percent of all Hispanic respondents now have cell phones, and that Hispanic households on average spend $103 monthly on cell phone service – twice as much as the average household spends on wireline services.

“Hispanics have surpassed the African American population as the largest minority group in the US, and Hispanic purchasing power is now growing at nearly twice the rate of the general population,” says Fran Caulfield, Research Director at Insight Research. “Fueled by strong population growth and higher technology penetration, Hispanics are heavy social-networking users. There are over 32 million Hispanics online today, their usage grows faster than other groups, they are more connected, and they will demand unique services to match their evolving needs,” Caulfield concluded.

“US Hispanic Use of Telecommunication Services, 2011-2016” examines spending and usage patterns of Hispanics for wireline, calling cards, cellular, and international services, and compares these spending patterns to those of the general population as well as other minority segments, including Asian Americans and African Americans.

An excerpt of this market research report, table of contents, and ordering information are online at www.insight-corp.com/reports/hisp11.asp.

This 350-page report has everything and is available immediately for $4,695. Electronic (PDF) reports can be ordered online. Visit our website at www.insight-corp.com or call 973-541-9600 for details.

News Source: Insight Research Corporation :: This press release was issued on behalf of the news source by Send2Press® Newswire, a service of Neotrope®. View all current news at: http://Send2PressNewswire.com .