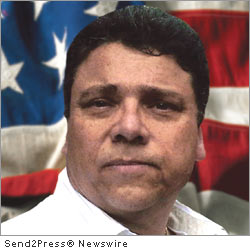 “We are very pleased to endorse Joseph Krysztoforski, a true Conservative candidate, for Maryland’s 6th Congressional District. He has the experience necessary to represent the district and understands the problems we face as a nation,” said Ed Taylor, President of the organization. “He is a fiscal conservative with sound policies that bypass the meaningless, biased statements and platitudes others put forth and he has the name recognition and fortitude to keep the district in Republican hands.”

The organization, Allegany County Conservative Caucus, founded in 2009, is chartered with vetting candidates and holding accountable elected officials that champion conservative views but are not supporting or voting those views once elected.

“As a self-made businessman and educator, Joe understands the financial struggles facing our nation, and offers bold, common-sense solutions to create jobs, reduce our dependence on foreign oil and eliminate our nation’s debt and deficit,” said Jim Woods, a Washington County resident.

“I am humbled, honored and grateful to have received the endorsement and support of the Conservative Caucus,” said Krysztoforski. “I thank them for their kind words. Joining together with voters throughout the district we can bring the words prosperity and pride back into the American vocabulary, return the government to the control of the people and keep the 6th district red.”

The 6th Congressional District includes the western Maryland counties of Garrett, Allegany, Washington and Frederick as well as the central counties of Montgomery, Carroll, Northern Baltimore and Northern Harford.

For more information on Krysztoforski for Congress please visit: JTKforCongress.org.

News Source: Krysztoforski for Congress :: This press release was issued on behalf of the news source by Send2Press® Newswire, a service of Neotrope®. View all current news at: http://Send2PressNewswire.com .