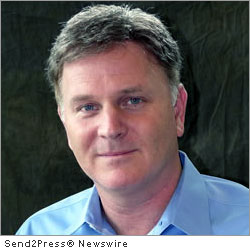 This development comes on the heels of last week’s announcement that the Administration was abandoning plans to implement the CLASS Act. CLASS, standing for “Community Living Assistance Services and Supports,” was the public option for long-term care insurance, the part of health reform championed by the late Ted Kennedy.

“We respect Senator Kennedy’s deep concern about this issue,” says Cameron Truesdell, LTCFP’s CEO, “and we’re honoring that by mobilizing private-sector resources to achieve the key objectives of CLASS.”

The issue, a monumental lack of preparation for long-term care, was recently called “a perfect storm in a terrible way” by Elizabeth Cohen, Senior Medical Correspondent for CNN (http://www.cnn.com/2011/10/14/politics/health-care-program ).

To address the issue, LTCFP is making available over 500 state-certified agents, in all parts of the country, to advise people on their multiple private-sector options.

These include –
* Affordable long-term care insurance, and
* Federally-backed reverse mortgages that can help people who may not qualify for LTC insurance.

In addition, “to cover what CLASS was intended to cover in the workplace, we have launched our Worksite Academy,” says Truesdell. “It supports employers with long-term care education and access to affordable LTC plans for their employees.”

The decision not to implement the CLASS Act, deemed to be fiscally unsustainable, is just one indication that “people are on their own when it comes to long-term care,” says Truesdell. “The Government just doesn’t have the resources or the expertise to provide it.”

Abandoning the CLASS Act isn’t the only way the Government has telegraphed that it’s not picking up the LTC tab, according to Truesdell. “The Department of Health and Human Services has been emphasizing right along that Medicare does NOT cover most long-term care expenses. Repeat, Medicare is NOT a solution for LTC; it wasn’t designed to be. Secretary Sebelius reiterated that point last week in her public statement.”

In addition, the Government tries to communicate that for most Americans, Medicaid isn’t a long-term care solution either, Truesdell points out. “Unless you’re impoverished, you don’t qualify.”

“The Government has made it abundantly clear that it’s NOT there for you when it comes to long-term care,” he says, “but we are.”

However, “the Government DOES want you to be protected, so it offers financial incentives for protecting yourself.”

These incentives include —
* Tax deductions for long-term care insurance premiums,
* Medicaid asset protection in case you exhaust your insurance benefits – in states participating in the LTC Partnership program, and
* Federal guarantees for reverse mortgages.

LTCFP’s 500 agents, all LTC specialists, are prepared to discuss these incentives as well as long-term care financing options. They may be located, by state or zip code, at www.ltcfp.com.

LTCFP is a co-founder and sponsor of the “3 in 4 Need More” campaign, which seeks to alert Americans to the long-term healthcare crisis, and to multiply the number protected by long-term care planning. The company offers two free long-term care guidebooks, one for consumers, the other for worksites. They may be requested from any LTCFP specialist.