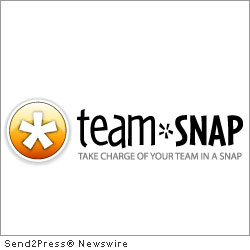 DuPont said the funding came from all its existing investors, including Denver-based eonBusiness, in addition to an undisclosed sum from Silicon Valley-based venture capital firm, Trinity Ventures.

Said DuPont: “The round came together quickly because of TeamSnap’s strong growth and operational performance, as well as promising progress with strategic partners. We have surpassed the one million users per month mark and are fast approaching 10 million emails sent through TeamSnap per month.”

DuPont, who was previously CEO of storage networking firm SANRAD, was also a co-founder of LeftHand Networks, the Boulder storage startup which was sold to HP in 2009.

DuPont said funds will be used to accelerate growth through investments in marketing, partner development, increased ubiquity, (enabling people to use TeamSnap on the platforms and mobile devices they want), and larger organization functionality.

News Source: TeamSnap, Inc. :: This press release was issued on behalf of the news source by Send2Press® Newswire, a service of Neotrope®. View all current news at: http://Send2PressNewswire.com .