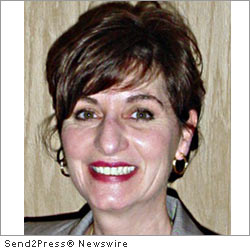 Additionally, Beaty has received a President’s Platinum Award and has been recognized as a top ten national account executive. Beaty studied Computer Science at Triton College in River Grove, Ill.

“There are a few reasons I decided to join 360 Mortgage Group,” Beaty said. “First, I was impressed with the technology platform, which is simple and efficient with streamlined processes. Secondly, I thought the online live chat with underwriters would be a great feature to take to the streets, putting 360 above the competition in the marketplace. Lastly, I conduct business in a professional manner, and I pride myself on providing superior customer service that aligns with 360 and their entire staff. Brokers are certain to experience the same service when working with 360 Mortgage Group.”

“Rosa is very knowledgeable about all the rules and regulations of the industry,” said Herb Levin, owner of 1st Eagle Mortgage, Inc. “She was always very responsive with my requests and would get back to me in a hurry. All in all, she is just an excellent account executive.”