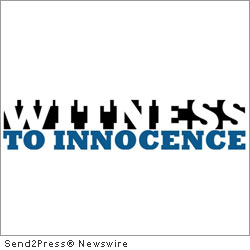 PHILADELPHIA, Pa., Nov. 7, 2011 (SEND2PRESS NEWSWIRE) — In a letter to Texas Governor Rick Perry, 27 exonerated ex-death row survivors – all members of the group Witness to Innocence – urged the governor to halt the execution of Hank Skinner and allow for DNA testing in his case. Skinner, who was sentenced to death for a 1995 triple murder, has a scheduled execution date of November 9.

“We, the undersigned, are alive today because some individual or small group of individuals decided that our insistent and persistent proclamations of innocence warranted one more look before we were sent to our death by execution. We are among the 138 individuals who have been legally exonerated and released from death rows in the United States since 1973, and some of us were exonerated because of DNA evidence,” the exonerees said in the letter. The group also reminded Perry that he signed SB 122 into law, a measure which is intended to ensure that DNA will be tested, if available, to prove someone’s innocence.

In a recent op-ed in the Huffington Post, Witness to Innocence member Kirk Bloodsworth, the first DNA exoneree in a capital conviction in the U.S., echoed these sentiments. “The only reason my name was cleared, and the right man brought to justice, is because prosecutors agreed to test the evidence. I am living proof that when scientific evidence is available, there is simply no excuse to refuse testing,” he said.

“Like Troy Davis in Georgia, there are some real questions regarding the Hank Skinner case. The state of Texas does not know whether Skinner committed the crime because they did not test his DNA,” said David A. Love, Executive Director of Witness to Innocence. “If Texas doesn’t want to risk killing a potentially innocent man, then Gov. Perry has no choice but to stop the execution and allow for the DNA test.”

The mission of Witness to Innocence, the nation’s only organization founded by and for exonerated death row survivors, is to empower exonerated ex-death row prisoners and their family members to become effective leaders in the movement to abolish the death penalty.

News Source: Witness to Innocence :: This press release was issued on behalf of the news source by Send2Press® Newswire, a service of Neotrope®. View all current news at: http://Send2PressNewswire.com .