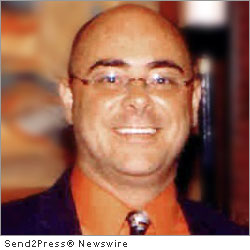 Prior to joining 360 Mortgage Group, Paglia worked as a senior wholesale account executive for Mortgage Solutions and InterBank Mortgage Company, a wholesale account executive for Assurity Financial Services and PMC BanCorp. Within the mortgage industry, Paglia has been awarded as Rookie of the Year, Circle of Champions, First Place in Revenues for the Southeast Division and Second Place in Conversion Ratios for the Southeast Division. Paglia is also a veteran of the U.S. Navy.

“The primary reason I joined 360 Mortgage Group was because of 360’s technology and pricing,” Paglia said. “The platform used at 360 is by far the best in the industry, and the pricing competes very well in my market area. I am very excited about the opportunity here at 360 and to be a part of a team that truly does want to make our brokers look good.”

“Bob Paglia is one of the best account executives I’ve worked with,” said Kelly Daniels, vice president and regional sales manager of the First National Bank of Trenton. “He’s a genuinely nice person who uses hard work, industry knowledge and professionalism to excel in the mortgage industry. He’s a dedicated family man who uses a strong ethical and moral code to guide both his personal and professional life.”