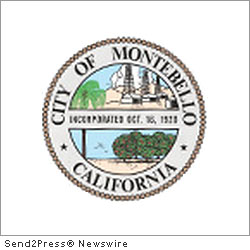 Approved by City Council in late August, TRANs raised $2.5 million in short term borrowing from private investors to meet near-term cash flow demands rather than resorting to drastic budget cuts that would have limited city services and threatened the city’s economic recovery.

Montebello’s Interim City Administrator Larry Kosmont has released a comprehensive management report on the city’s website that outlines a clear plan for the city’s future. Kosmont said, “With the TRANs closing, we can move forward with this report as a blueprint for the future of Montebello. It will continue to improve operations and be part of the city’s ongoing recovery plan. Restoring the city’s reserves is pursuant to a 5 year plan.”

The closing comes at the heels of TRANs’ MIG2 rating from Moody’s Investors Service on October 21. The MIG2 rating improved the marketing of TRANs to investors and has removed the negative outlook on the city’s long-term ratings. Montebello’s costs of issuance for the TRANs will total $160,000. The interest paid from today to June 21, 2012 will be $74,434.

Among other considerations, Moody’s noted 2011 improvements to the city’s General Fund balance sheet, as well as the city’s favorable projections for the General Fund closing cash balance for June 30, 2012.

“Moody’s acknowledged the city for making significant improvements to the budgetary balance in 2010-11. The 2011-12 adopted budget remains in balance, with an expected General Fund surplus, which if realized, can help expand Montebello’s operating capacity,” stated Montebello’s Financial Director Francesca Tucker-Schuyler.

The rating improvement was significant in the marketing of the TRANs to investors. After two months of discussions with various mutual funds investors, credit rating concerns and discouraging media coverage derailed the TRANs close in late September. However, since the upgraded rating, Citigroup placed the $2.5 million of TRANs with two investors at an interest rate of 4.85%. It sold, closed, and funded to institutional quality investment funds managed by Oppenheimer Funds.

In addition to the TRANs, other key developments include the California Department of Finance approving Montebello’s redevelopment agency appeal to lower its annual tax increment payment to the state-saving the City almost $1.24 million in payments to the state and increasing available funds for further economic development.

More information on the City of Montebello: http://cityofmontebello.com .

News Source: City of Montebello :: This press release was issued on behalf of the news source by Send2Press® Newswire, a service of Neotrope®. View all current news at: http://Send2PressNewswire.com .