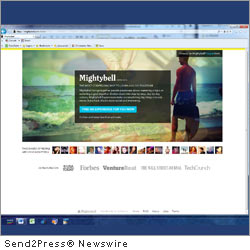 PALO ALTO, Calif., Nov. 14, 2011 (SEND2PRESS NEWSWIRE) — The World Mind Network, in conjunction with social network Mightybell (www.mightybell.com), is holding a contest between Stanford and UC Berkeley students to find the best example of the use of Mightybell software to create an experience around a fresh approach to planetary problems like climate change, poverty, disease, sustainability, and illiteracy.

According to WMN spokesperson Anna Chu Lin, “Mightybell is a social network employing a new paradigm which encourages members to create actual ‘experiences’ rather than just sharing information as they do on traditional social networks.”

The World Mind Network is an NGO with members in 37 countries which explores ways of using Internet and Smart phone technologies to solve global problems innovatively. The goal of the contest is to develop simple, understandable protocols for addressing important issues using popular Web 2.0 tools.

The award is called the Gantha prize. Gantha means “sacred bell” in Sanskrit. The winner will be announced online, during halftime of the Big Game between Stanford and Cal on November 19, 2011. The winner will receive either an Apple iPad 2, a Samsung Galaxy II, or a Kindle Fire, plus a Fair Trade copper temple bell from rural India, and a press release publicizing their project.

News Source: World Mind Network :: This press release was issued on behalf of the news source by Send2Press® Newswire, a service of Neotrope®. View all current news at: http://Send2PressNewswire.com .