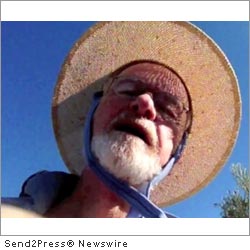 SAN DIEGO, Calif., Dec. 2, 2011 (SEND2PRESS NEWSWIRE) — Mike Shirk of San Diego, CA lives with a degenerative and deadly disease called IBM, “inclusion body myositis.” There is no known treatment or cure. Rather than going quietly, Shirk has used his years productively to help and inspire others with physical disabilities. His website (www.lifedisabled.com) and blog are full of practical, self-help information for the disabled. Now Shirk has posted a music video on YouTube (CRo5By9YvuA) in which he inspires everyone to make lemonade from the lemons of life.

When diagnosed 16 years ago, Shirk closed his highly successful advertising agency, but was determined to make the most of his remaining years. IBM victims often die early, usually from pneumonia, as the muscles that support breathing and swallowing grow weaker. Today Mike feels fortunate that he has survived so long, which he attributes to remaining active and productive.

Mike’s blog features solutions to everyday living challenges he encounters as the debilitating effects of IBM increase. Mike shares everything from evaluating can and bottle openers to selecting vehicles and scooters. When easy-off, easy-on clothing was difficult to find, Mike bought a sewing machine and soon was making his own pants and even shoes.

Soon after diagnosis, Shirk began serious study of painting in watercolors. Mike thanks his wife, Beth, an accomplished artist, for his inspiration. Within a few years, his paintings had won national awards, been sold to dozens of collectors and he had become president of the prestigious San Diego Watercolor Society. During his term, Shirk relocated the Society to spacious new quarters and personally wrote business software applications to automate membership, paint-outs, calendars, exhibitions, and classes.

Mike also credits Apple products for making his life productive. He owns an iMac, MacBook Pro, an iPad and an iPhone. His new music video was made with Apple applications. Once a 100 WPM typist, Mike’s frozen fingers no longer can manipulate keyboards and he now dictates through the iPhone 4’s voice recognition software.

As long as he can, Shirk will continue to inspire the disabled and the rest of us. Will Mike give up? As these partial lyrics from his song say,
No, I won’t stand for that,
I’m too much man for that.
I never planned for this,
But life’s to grand for this.”
There are stories to be written,
And lessons to be learned.
Feelings to be captured,
And love to be returned.

Music is a growing part of medical therapy. It’s working for Mike.

News Source: Mike Shirk :: This press release was issued on behalf of the news source by Send2Press® Newswire, a service of Neotrope®. View all current news at: http://Send2PressNewswire.com .