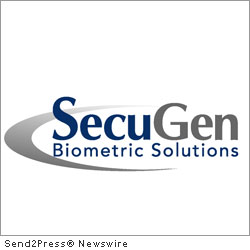 The United States District Court for the Northern District of California has ordered that Suprema distributors and OEM partners RBH Access Technologies, Inc. and RBH USA, Inc. are permanently prohibited from importing, offering for sale, distributing or selling within the United States products that incorporate non-licensed Suprema fingerprint sensors, including RBH-BFR-200-S, RBH-BFR-200-M, RBH-BFR-300-S, RBH-BFR-300-M, and RBH-BFR-USB.

SecuGen has alleged that optical fingerprint sensors made by Suprema Inc. and incorporated into biometric security products by Suprema and its distributors and OEM partners willfully infringe SecuGen’s patent, U.S. Patent No. 6,324,020, issued in 2001. This patent covers core imaging technology that SecuGen has developed to produce optical fingerprint sensors that are used in biometric security applications, such as door locks, time & attendance, access control, and labor tracking systems.

Since 1998, SecuGen has made considerable investment in research and development for its core technologies and to develop, maintain, and protect its valuable patents throughout the world including the U.S., Canada, Europe, and Asia. SecuGen’s patents have been tested through previous patent litigation with two separate companies, have been submitted for reexamination before the United States Patent and Trademark Office, and have survived and been strengthened by numerous invalidation attempts.

SecuGen® is a registered trademark of SecuGen Corp. in the United States and other countries.