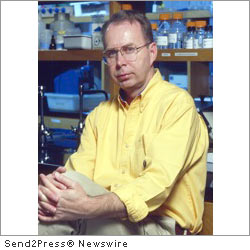 WASHINGTON, D.C., Jan. 9, 2012 (SEND2PRESS NEWSWIRE) — Dr. David Lewis, internationally known whistleblower and respected expert on institutional fraud, released a report today calling for a formal investigation into the practices of the British Medical Journal (BMJ), and specifically into the actions of its editor, Dr. Fiona Godlee, and Brian Deer, a reporter she hired to write a series of articles which appeared in the journal beginning on January 4, 2011.

The BMJ articles accuse Dr. Andrew Wakefield of committing scientific fraud in a 1998 Lancet publication – http://www.thelancet.com/journals/lancet/article/PIIS0140673697110960/fulltext – he co-authored that brought global attention to a link many parents and physicians suspect may exist between autism and children who are genetically predisposed to adverse reactions from the Measles/Mumps/Rubella (MMR) vaccine.

The BMJ, Deer, and Godlee alleged that Wakefield fabricated a diagnosis of colitis in most of the 12 children described in The Lancet article – calling Wakefield’s work an “elaborate fraud” intended to create an “MMR scare” – so Wakefield could profit from a patent related to his research.

“Documents recovered from Dr. Wakefield’s files during my investigation at the National Whistleblowers Center (NWC) – www.researchmisconduct.org – reveal that a pathologist associated with the study, Dr. Andrew Anthony, interpreted a number of the children’s biopsies as evidence of colitis,” explained Dr. Lewis. “Altogether, the evidence contained in Wakefield’s files suggested to me that the BMJ’s fraud theory was more tabloid news than science.”

According to documents Lewis filed with Sir John Tooke, Vice-Provost for Health at the University College London (UCL) where The Lancet study was done, BMJ Editor Godlee responded to the Lewis revelations by “cherry-picking the evidence and coming up with a grand conspiracy theory involving ‘institutional research misconduct’. Alleged fraudsters now include University College London (UCL) administrators, the Royal Free Hospital, and all 13 co-authors of the Lancet study.”

UCL President Malcolm Grant notified Lewis that, because his charges were “so serious,” he urged Dr. Lewis to inform Dr. Godlee and Deer “at the earliest opportunity.”

Lewis also reports that Godlee has previously acknowledged the BMJ Group receives funding from the two manufacturers of the MMR vaccine, Merck and GlaxoSmithKline, and has testified in a Parliamentary inquiry that peer-reviewed medical journals are “the marketing arm of the pharmaceutical industry.” Lewis added: “Apparently scientists who question certain government policies and industry practices can be destroyed for a price. If so, this kind of tabloid science poses a genuine threat to public health.”

Lewis Investigation Available Online:
Dr. Lewis’ detailed investigation of the BMJ series in question can be downloaded from the following URL provided by his attorneys at Hallman & Wingate, LLC:

About Dr. David Lewis:
Dr. David Lewis, a member of the NWC Board of Directors and Director of its Research Misconduct Project, is a former senior-level research microbiologist for the U.S. Environmental Protection Agency (EPA). He was the only EPA scientist to ever publish first-authored research articles in Lancet and Nature. His research published in Lancet and Nature Medicine on the inadequacy of CDC guidelines to prevent transmission of HIV in dentistry prompted the current heat sterilization standard for dentistry in the mid-1990s. His environmental research published in Nature received the Science Achievement Award by the EPA Administrator in 2000. Editors at Annals of Internal Medicine rated him in the top 10 percent of reviewers in 2010. His accomplishments in medical and environmental research have been widely covered in professional, scientific and popular publications and broadcasts including Nature, Science, Lancet, JAMA, National Geographic, Reader’s Digest, Voice of America, Paul Harvey News, Time, Newsweek, U.S. News & World Report, Forbes, NY Times, Washington Post, London Times, NPR’s All Things Considered, PBS Healthweek, PBS Technopolitics, CBS Evening News, ABC’s Primetime Live, and BBC Panorama.

About the BMJ:
The British Medical Journal is a highly regarded, peer-reviewed scientific journal. BMJ is sent to more than 100,000 doctors internationally, many of whom have stakes in vaccine usage.

News Source: Dr. David Lewis :: This press release was issued on behalf of the news source by Send2Press® Newswire, a service of Neotrope®. View all current news at: http://Send2PressNewswire.com .