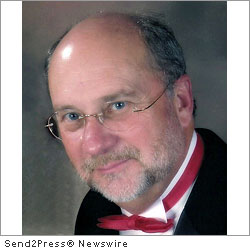 ATLANTA, Ga., Jan. 11, 2012 (SEND2PRESS NEWSWIRE) — Despite the somewhat stagnant business economy in Georgia, six members of the Georgia Association of Business Brokers helped entrepreneurs buy and sell more than $42 million worth of small businesses in 2011.

Each of these elite brokers produced business sales of one million dollars or more to earn membership to GABB’s annual prestigious Million Dollar Club for 2011.

“We had an impact on thousands of Georgia jobs this year as more than 95 percent of business buyers retained the current employee base and several chose to expand their operations during the year,” said GABB’s 2012 Vice President Matt Slappey, one of the top-selling brokers.

GABB members represent owners of Georgia businesses and help them determine the value of their business, create a marketing plan and strategy, and identify and qualify buyers while keeping the sale confidential from employees and customers.

“Many business buyers today are people who have decided not to re-enter the work force, but are ready to control their own destiny by purchasing and operating a Georgia business,” Slappey said. Many business buyers are also current business owners who saw 2011 as an opportunity to grow their revenues through purchases of a competitor or a strategic partner.

Topping the GABB’s 2011 Million Dollar Club is Jeff Merry, owner and founder of the Business House, inc., of Gainesville. Merry was GABB’s top producer in six previous years and has been a part of the Million Dollar Club since its inception in 1999.

Kent Reed, president of the North Atlanta office of Murphy Business & Financial Corporation, was also a member of the GABB’s Million Dollar Club 2011.

The Georgia Association of Business Brokers (GABB) is the state’s only professional organization and Multiple Listing Service dedicated to buying and selling businesses and franchises. The GABB maintains a web site that lists hundreds of businesses and franchises for sale throughout Georgia, as well as around the country, in a variety of fields, including animals and pets, automotive, business services, child care, cleaning, construction, schools, electronics equipment, fitness, flooring, floral, food businesses, gas stations, landscaping, manufacturing, medical, shipping, restaurants, retail, security, signs and businesses related to the internet.

GABB Million Dollar Club Member JEFFERY E. MERRY, a past president of the GABB, was the GABB top producer in 2011, 2010, 2008, 2007, 2006 and 2002, and has been a part of the Million Dollar Club since its inception in 1999. Mr. Merry, owner and founder of the BUSINESS HOUSE, inc., of Gainesville, has six professional analysts in the Southeast and two in house marketing managers. For almost two decades, his firm has specialized in serving the manufacturing, distribution, and veterinary industry. As a Business Intermediary, Mr. Merry has been involved in more than 200 mergers and acquisitions that have ranged in acquisition price from $100,000 to more than $10 million. Mr. Merry holds a Bachelor’s Degree from Mercer University, a Masters of Business Administration from the University of Illinois Edwardsville, and a Juris Doctorate from Atlanta Law School. Mr. Merry, a resident of Dahlonega, is a licensed real estate agent in several states, a Senior Business Analyst, and a member of the Exit Planning Institute.

GABB Million Dollar Club Member and GABB President C. DAVID CHAMBLESS is the president of Abraxas Business Services, Inc., which focuses on businesses with revenues between $5- and $30-million in the manufacturing, distribution, healthcare, technology, and services industries. An inactive CPA, Mr. Chambless has served in sales, marketing, and executive roles in technology firms; as CFO for public and private companies; and as a management consultant. He has served or is serving in various roles in the Technology Association of Georgia (TAG), including as a member of its board of directors, chair of its Leadership Council, chair of TAG-Finance, and chair of TAGFinTech. He also serves on the boards of the Grant Park Conservancy and the Southeast Atlanta Business Association. Mr. Chambless is actively involved in All Saints’ Episcopal Church. His other community investments include service on the boards of The Samaritan House of Atlanta and the Resource Opportunity Center of Atlanta, and on the Advisory Council of 24/7 Gateway, a homeless-services center. Mr. Chambless has an MBA in Finance from the Wharton School of the University of Pennsylvania and a Bachelor of Industrial Engineering from Georgia Tech. Mr. Chambless and his family live in historic Grant Park.

GABB Lifetime Multi-Million Dollar Club Member and GABB Vice President MATT SLAPPEY is the owner of the Decatur branch of Murphy Business and Financial Corporation. Mr. Slappey was the top broker in Murphy Business & Financial Corporation of Georgia from 2008-2011. Mr. Slappey has ranked in the top 10 percent of the GABB each year of his membership. In 2011, he helped clients acquire or sell businesses with revenues ranging from $250,000 to more than $40 million. Mr. Slappey, a native of Decatur/DeKalb County, draws from his experiences in previous business transactions, his Certified Business Intermediary (CBI) designation from the International Business Broker Association (IBBA), degrees in Accounting, Economics and Business from Presbyterian College and 12 years of experience in management for a Fortune 100 healthcare company. A seven year active duty veteran, Mr. Slappey was a pilot and military intelligence officer in the U.S. Army. He is an active member of Oak Grove United Methodist Church and enjoys spending time with his wife and three daughters, playing in a band, and enjoying the great outdoors.

GABB Million Dollar Club Member STEVEN JOSOVITZ is vice president of The Shumacher Group, where he heads the restaurant business brokerage division and provides commercial retail and restaurant real estate site selection, sales and lease negotiation expertise. A former restaurant owner and trained professional chef, Steven has an extensive background in restaurant and hotel management. He also offers consulting, appraisal services and has been retained by law firms for his expert opinion to help settle disputes. Mr. Josovitz, a resident of Norcross, earned a B.S. in Hotel/Restaurant Management from Florida International University in 1981. Mr. Josovitz is a member of the Georgia Restaurant Association, International Council of Shopping Centers and the Retail Brokers Network.

GABB Million Dollar Club Member and 2011 GABB President ERIC GAGNON became a Business Broker in 2001 after a successful career in the financial services industry for Bank of America, Bank of New York and KPMG. He founded We Sell Restaurants in the Atlanta marketplace, headquartered near Centennial Park and serving most of the southeastern United States. Mr. Gagnon has served several years as an executive board member and officer for the GABB, and is also a multi-year recipient of the GABB Million-Dollar Club recognition. Mr. Gagnon is a graduate of Francis Marion University and the University of Montreal. A frequent speaker and writer about the restaurant brokerage industry, he is co-author of the recently released book on restaurant brokerage, “Appetite for Acquisition.” Mr. Gagnon has been designated a Business Industry Expert by Business Brokerage Press and is a member of the International Business Brokers Association. He is a member of the Business Brokers of Florida (BBF), and is the preferred broker for Georgia Restaurant Consulting Group. Eric is a licensed Broker in both Georgia and Florida.

GABB Million Dollar Club Member KENT REED, a resident of East Cobb for more than 20 years, the owner of Murphy Business and Financial Corporation-North Atlanta. He holds a BSBA degree in Management and Marketing from Western Carolina University. Mr. Reed is a licensed Georgia real estate agent and has worked as a business development executive and retail marketing specialist with several Fortune 100 and smaller companies, and has owned and managed his own LLC and conducted business in multiple states. Mr. Reed is a member of the East Cobb Rotary Club and enjoys spending time with his wife, Tracey, and their 7-year-old twin boys and traveling, fishing and music.

GABB Board member DOMINIQUE MADDOX is a licensed Georgia Real Estate agent who has a Bachelor of Business Administration in Business Management from Morehouse College. Mr. Maddox attended Morehouse on a football scholarship and brings that competitive spirit and energy to the field of restaurant brokerage. He has worked in mortgage financing, real estate, and business to business sales. Mr. Maddox is a member of the Omega Psi Phi Fraternity, Inc., and enjoys spending time with his wife, Veronica, and their 5-year-old daughter, Amaya.

– Photo Caption: Jeff Merry, owner and founder of the Business House, inc., of Gainesville, was the top seller in the Georgia Association of Business Broker’s Million Dollar Club.

News Source: Georgia Association of Business Brokers :: This press release was issued on behalf of the news source by Send2Press® Newswire, a service of Neotrope®. View all current news at: http://Send2PressNewswire.com .