You are here: Home › New Survey Provides Insights from Users of Over 100 Restaurant Point of Sale Systems
By Send2Press Newswire on January 18, 2012 in Hospitality, HOUSTON, Texas, Internet, Press Releases, Reports and Studies, Texas 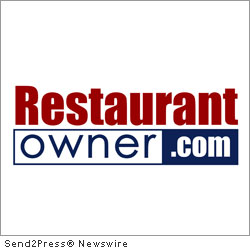 HOUSTON, Texas, Jan. 18, 2012 (SEND2PRESS NEWSWIRE) — RestaurantOwner (www.RestaurantOwner.com), a membership website for independent restaurant operators, has released, on their website, the results of a detailed survey of their members’ experiences with their current point of sale systems. Over 1,500 individual independent operators participated and provided detailed feedback on over 100 different POS systems.

Choosing a point of sale system is considered to be one of the most important decisions any restaurant operator makes. With the average cost of a POS system approaching the $20,000 mark, it’s not only an expensive decision but one that affects ongoing restaurant operations in several crucial areas.

A POS system should be one of a restaurant’s most important assets by providing cash and inventory controls, improved speed of service, better decision-making and even sales growth opportunities. This survey confirms that if properly chosen, a POS can potentially pay for itself in a matter of months. But conversely, selecting the wrong system or one from the wrong vendor can become a source of operational problems and ongoing frustration for the operator for years to come.

Survey results indicate a strong correlation between the operators’ degree of overall satisfaction with their POS system and their relationship with the POS vendor.

“Operators that had good experiences with respect to vendor training and support, be it online or on site, generally reported they were pleased with their POS choice,” said Joe Erickson, Vice President of RestaurantOwner.com.

In addition, many survey participants provided extensive comments about their experiences with the functional aspects of their POS system and the quality of the vendor training and support they received.

For more information on the Restaurant POS Survey results, go to http://www.RestaurantOwner.com/survey.htm .

News Source: RestaurantOwner.com :: This press release was issued on behalf of the news source by Send2Press® Newswire, a service of Neotrope®. View all current news at: http://Send2PressNewswire.com .