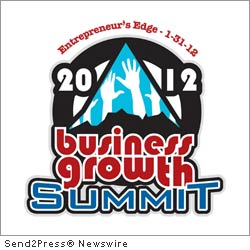 DES MOINES, Iowa, Jan. 18, 2012 (SEND2PRESS NEWSWIRE) — Local business owners and managers, fed up with the negative rhetoric and “scarcity” mindset, formed a group called Above the Line America. With their collaborative efforts, they have put together an extraordinary event designed specifically for business leaders and community advocates interested in raising their bottom line and changing business conversation, as we know it.

The Business Growth Summit, being held January 31, 2012 at the FFA Enrichment center in Ankeny, will provide attendees with networking and collaboration opportunities with some of the most inspiring business professionals from Central Iowa and around the world, including:
* Tony Brigmon; Former Ambassador of FUN for Southwest Airlines;
* Geoff Wood, COO for Silicon Prairie News, the premier technology publication for the Midwest;
* Jordan Lampe; Director of Communications at Dwolla, the financial “David” taking on “Goliaths” such as VISA, Chase and PayPal;
* Major Sean Quinlan; Bronze Star recipient from the United States Marine Corps and decorated leader of troops in Kuwait, Iraq and Afghanistan;
* Angela Maiers; President of Maiers Education Services, founder of the #YouMatter movement, and well-known for her speaking appearances at TEDxDesMoines and for her contributions to social media in education;
* An extensive social media panel, including Jure Klepic who was represented in Forbes’ Top 10 Influencers in Social Media, Jeff Barrett who led the 2008 Obama Presidential campaign social media blitz, and Olivier Blanchard, author of “Social Media ROI.”

Participants will spend the day engaging in a new conversation that allows them to “Dream, Set Goals, Make Plans and Take Action,” walking away with their own tangible plan for business success in 2012.

To register, go to http://www.AboveTheLineAmerica.com and click on the Business Growth Summit link.

Media Contact:
Andrew B. Clark,
of CreateWOWmarkeitng, LLC
for Above The Line America
+1-(515)-257-6584
Andrew@CreateWOWmarketing.com .

News Source: Above the Line America :: This press release was issued on behalf of the news source by Send2Press® Newswire, a service of Neotrope®. View all current news at: http://Send2PressNewswire.com .