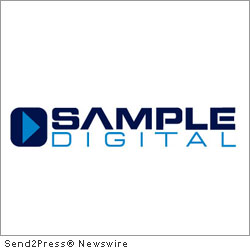 Chen comes to Sample Digital from senior CTO/CIO posts at digital media company Tokyopop, Wheels Financial Group, and QubeMedia where he was a founding member of the team building a prototype for delivering video to home devices in alliance with TV manufacturers to embed the software created in a partnership with Reality Check Studios (interfaces for the NFL, FOX Sports, NASCAR, and DIRECTV graphics). With expertise in streaming media, content management and delivery systems, Web security and e-commerce, Chen has served as senior consultant to Microsoft, handling the software giant’s engagements with companies such as Gap.com, eBay.com, and DVD Express. For Grammy-winning artists and Oscar-winning actors he has designed and built digital post-production platforms customized to enhance the creative process. Chen is a UCLA graduate with a Master’s Degree in Computer Science.

“Chris comes aboard as our new iPad app is extending our dax platform to the mobile world,” said Patrick Macdonald-King, CEO Sample Digital. “Chris is a seasoned IT professional and the perfect team leader to oversee the expansion of our services due to overwhelming demand from top film and TV producers and distributors for tapeless digital workflows. We will continue our growth further upstream into the studio ecosystem and Chris’s experience and vision we will get there faster.”

Sample Digital has seen 50 percent growth over the past year due to an increase in demand for automation of the production process and the launch of dax|Mobile™ with iDailies®, a subscription service exclusively for Apple’s iPad. The new iPad app, available on the iTunes App Store, is an innovative collaborative workflow tool for professional film/TV production, post-production and marketing creatives and executives who require working access 24/7 to in-progress content.

Sample Digital’s core platform, dax, is a highly secure web-based environment where users can share ideas, information and content created throughout the production or campaign lifecycle, or as required for trafficking and distribution of final product. dax incorporates media production workflow and collaboration, transcoding, distribution and security services into one robust, extendible solution available via desktop, set top box and mobile applications.

News Source: Sample Digital Holdings LLC :: This press release was issued on behalf of the news source by Send2Press® Newswire, a service of Neotrope®. View all current news at: http://Send2PressNewswire.com .